Located in the province of Grosseto, Seggiano rises out of this hills and is a place of historic and natural beauty, secretly tucked between the hills of Monte Amiata and Val d’Orcia, the ‘green valley’.

When you first enter Seggiano you will notice how its ancient buildings are framed by the silvery-speared leaves of olive trees and this scene is very much the essence of your Seggiano holiday.

Seggiano was founded in the early 10th century by the ancient people of Etruria, which is still exemplified in the beautiful walls and three gates that enclose this medieval village. Imposing religious Renaissance architecture is dotted in and around the village, including a Renaissance church, an old Fransiscan convent, and a lovingly-restored medieval castle, Castello del Potentino.

Seggiano has quietly dedicated itself to traditional agriculture for generations, with viticulture and olive cultivation being a focal point of the community culture. Most of the local people have a handful of trees, and they all come together in the autumn to celebrate the all-important la raccolta delle olive (olive harvest).

When you are not feasting on the many deliciously local treats during your Seggiano holiday, you can amble around the deciduous forests that are home to wild boar and deer or hike and picnic in the picturesque slopes.

For a hidden gem holiday in Tuscany, the slow pace of Seggiano is sure to delight you. 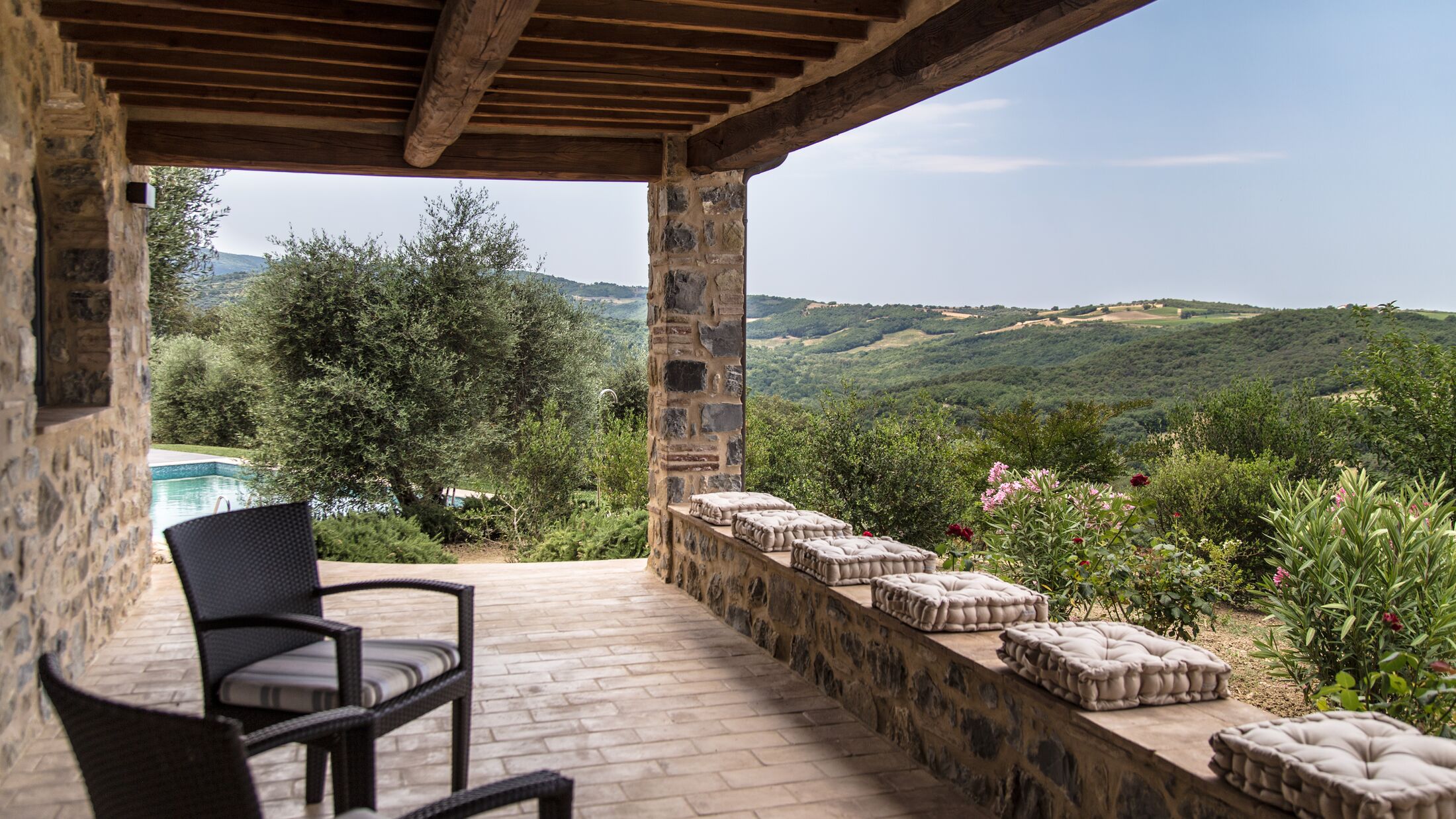 Tuscany is predominantly a summer destination, with the main tourist season generally running from April to October. Temperatures are at their hottest in July and August, this is also when Tuscany is at its busiest. However, Tuscany also enjoys a mild climate in spring and autumn with temperatures rarely going beneath 20 degrees which makes it perfect for visiting at the beginning or end of season too. The coast has wonderful sea breezes and the hilltop towns are much cooler than the lower countryside villages. The best time to visit is during the quieter season, from April to June and September to October when the weather is good, prices are a bit lower and there are fewer crowds. There are many festivals and events throughout the year in Tuscany and Easter and Christmas are always busy.

The Giardino di Daniel Spoerri is a fabulous sculpture garden in the nearby hamlet of Pescina, which was founded in the 1990s by the Swiss artist Daniel Spoerri. Today there are works by over 55 different artists across the 16 hectares of land, where nature and art collide.

The Sanctuary of Our Lady of Charity is a late-16th century church that is shrouded in local mythology. The church was said to be erected after prayers were answered to end a terrible famine. This is one of the Amiata’s most interesting monuments, with its Baroque-style elements, an elegant dome, seven altars, and a fresco that represents the Annunciazione.

The Chapel of San Rocco is a small church that dates back to the 15th century, and has frescos that were damaged by the messages of soldiers back in the

The Church of St. Bartholomew is a restored 13th century building that houses works by the esteemed painter, Matteo Bulgarini, better known as Ugolino Lorenzetti from the late 14th century, frescos from the 15th-16th century, and a green marble altar from the 17th century.

The old ruins of Colombaio convent are located just a few miles from Seggiano. This former monastic complex was founded by the Fransiscans and was the religious order for the celebrated Italian priest and missionary San Bernardino da Siena.

The Olivo del Cisternone is the largest plant in the world to be grown aeroponically - that is in the air and out of soil. This unique olive tree is housed in a giant ancient stone cistern that once collected all Seggiano’s rainwater. This scientific installation allows you to observe the roots suspended in air and watch as the roots ‘talk’.