Holidays to Calabria are ideal for those wanting to explore a lesser known area of Italy. Here you’ll find beaches to rival the Bahamas and water so blue you’ll want to dive straight in. The region sits within the ‘toe’ of Italy - a long peninsula which is bordered by the sparkling Tyrrhenian Sea to the west and the Ionian Sea to the east. Its interior is carpeted in the pine forests of Sila National Park, alongside the undulating Pollino and Aspromonte mountains that separate it from the rest of the country.

It’s precisely this separation from the rest of Italy that makes Calabria such an intriguing and untouched place to visit. Italians favour the region’s 500 kilometres of sun soaked coastline for their summer retreats, yet it remains under the radar to the rest of the world. Book a holiday in Calabria and you’ll uncover a land strewn with ancient settlements, castles, monasteries and palaces. There are golden cove beaches like those around Tropea, which appear between terracotta fishing villages, olive groves and vineyards. Couples will enjoy beach hopping along Tropea’s aptly named Coast of the Gods by day, before taking romantic evening strolls, gelato sampling and indulging in seafood dinners by night. Meanwhile adventurers can hike around Pollino National Park, breaking for an aperitivo in traditional villages.

As the leading Italian holiday specialists, we’re here to help you discover Calabria like no other and guide you to places only locals know about.

This includes secret spots such as Arco Magno, where you can watch the sun set between an arch shaped natural rock wrapped around a pebbly beach. There are also shipwrecks from World War II dotted around the coast of Reggio Calabria, which make for an exhilarating scuba diving experience.

No Calabria holiday would be complete without tasting the region’s seafood, and there’s no better setting than the coastal town of Tropea. Make sure to time it right for a sunset dinner. 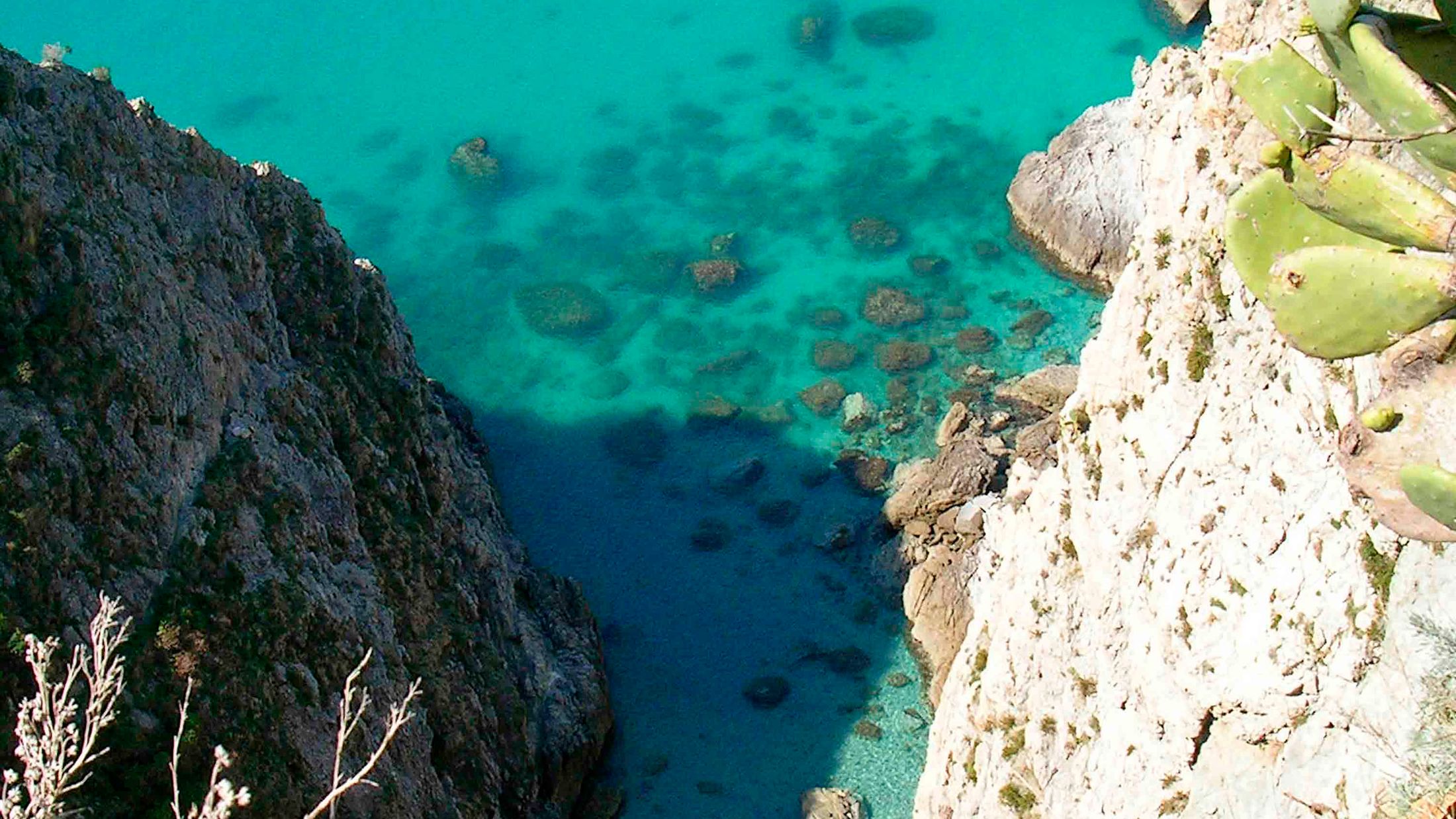 Ricadi
Ricadi is a charming and sleepy rural town located along the cliffs of the Tyrrhenian coast and dates back to around the 10th century.
Find out more about Ricadi

Tropea
If you want to explore another side of Italy, there is no doubt that holidays to Tropea will guide you off the beaten track.
Find out more about Tropea Holidays
Handpicked Hotels in Calabria
Discover the real Calabria while staying in one of our carefully selected hotels
Recommended 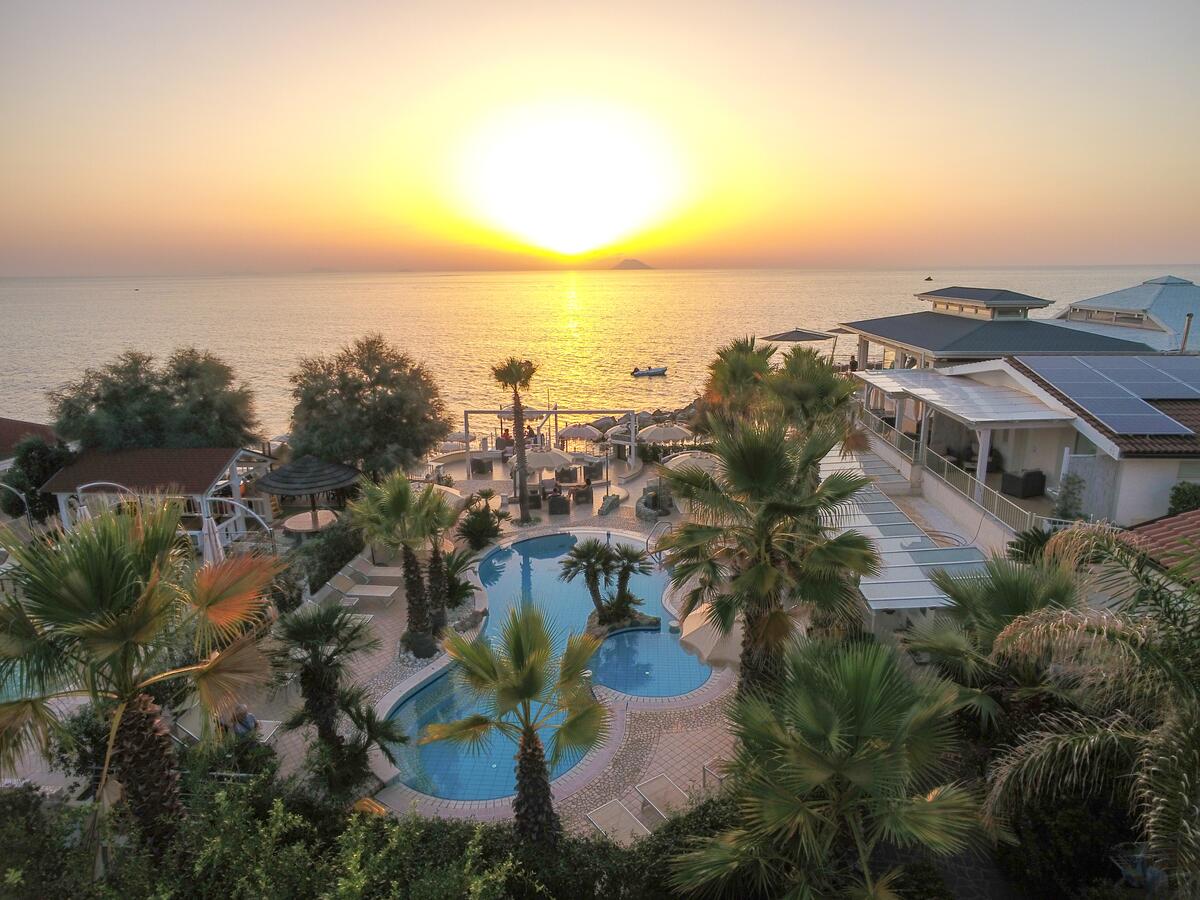 Things to do in Calabria

Tropea is Calabria’s most popular destination, famous among Italians for its arcs of golden sands and terracotta topped town, which appears to blend into the cliffs. Once you’ve spent enough time on the beach, climb to the top of Santa Maria dell’Isola monastery, a rocky promontory with spectacular views over the town and the Tyrrhenian Sea. Meander around the historic centre, dipping in and out of eateries, past coloured palazzi and through delightfully cool piazzas for a cappuccino.

History lovers will want to take a trip to see the famous Riace bronzes - two warrior statues dating back to the 5th Century BC – which take pride of place in the National Archaeological Museum of Reggio Calabria. A swimming stop at Capo Vaticano beach is also a must.

It’s easy to reach Naples by direct train from Reggio Calabria and then Sorrento or Pompeii. Alternatively, head south to Sicily by train or car for the volcanic Aeolian Islands, Mount Etna and the medieval city of Syracuse.

Located down in southern Italy, Calabria enjoys a typically Mediterranean climate with hot, dry summer and mild winters. June to September is the best time to experience the beaches, with average temperatures soaring to the high 20s, often not cooling down until October.