If you want to explore another side of Italy, there is no doubt that holidays to Tropea will guide you off the beaten track. The charming historic town is perched on top of a cliff that towers above the mesmerising blue and turquoise waters of the Tyrrhenian Sea and is part of the wider region of Calabria, in Southern Italy.

Famed for the quality of its sweet tasting red onions, cipolla di Tropea or Tropea’s onion has become synonymous throughout Italy when referring to all red onions. However, there is so much more to the small town. Tropea overlooks Stromboli, a small island that inhibits one of three active volcanoes in Italy and while the volcano has been active for more than 2,000 years, Tropea itself dates back to medieval times, with traces of civilization dating back to 4,500 BC.

Tropea has borne witness to the rise and fall of the Ancient Greek authority, the Byzantines, Roman Empire, the Normans and more. With a history laced with the thread of Greek mythology, legend has it that Hercules declared Tropea to be one of his ports along the 40km of La Costa degli Dei - The Golden Coast of the Gods.

The town embodies a wonderful combination of majestic natural beauty, fascinating architectural charm and is in close proximity to the mysterious Aeolian Islands, a UNESCO World Heritage Site. Great for couples, explorers and adventurers alike, the seaside terrace town of Tropea is a historical and cultural escape just waiting to be explored.

Tropea may not spring to mind when considering the go to coastal towns in Italy, to those in the know, including our Italy experts, the seaside town is referred to as ‘The Pearl of the Tyrrhenian Sea’ or ‘The Jewel of Calabria.’ In addition to its impressive scenery, crystal blue waters, natural balconies, colourful buildings and verdant groves, there are numerous lively trattorias and piazzas in its centro storico - Old Town.

Tropea is a curious maze of winding narrow lanes where a passeggiata - a leisurely stroll in the evenings - often takes place. Why not take an alternative stroll through the less visited citrus groves and vineyards surrounding the town and sample the superb regional wines? Alternatively, take a horseback ride through the meadows and olive groves.

If you’re arriving in July, head to the annual Sagra del pesce azzurro - the Blue Tail Fish Festival and The Red Onion Festival – which takes place to celebrate local produce and culinary traditions. Of course the best part is the tasting of these traditional delicacies, and there is also a biannual blues festival for live music lovers. 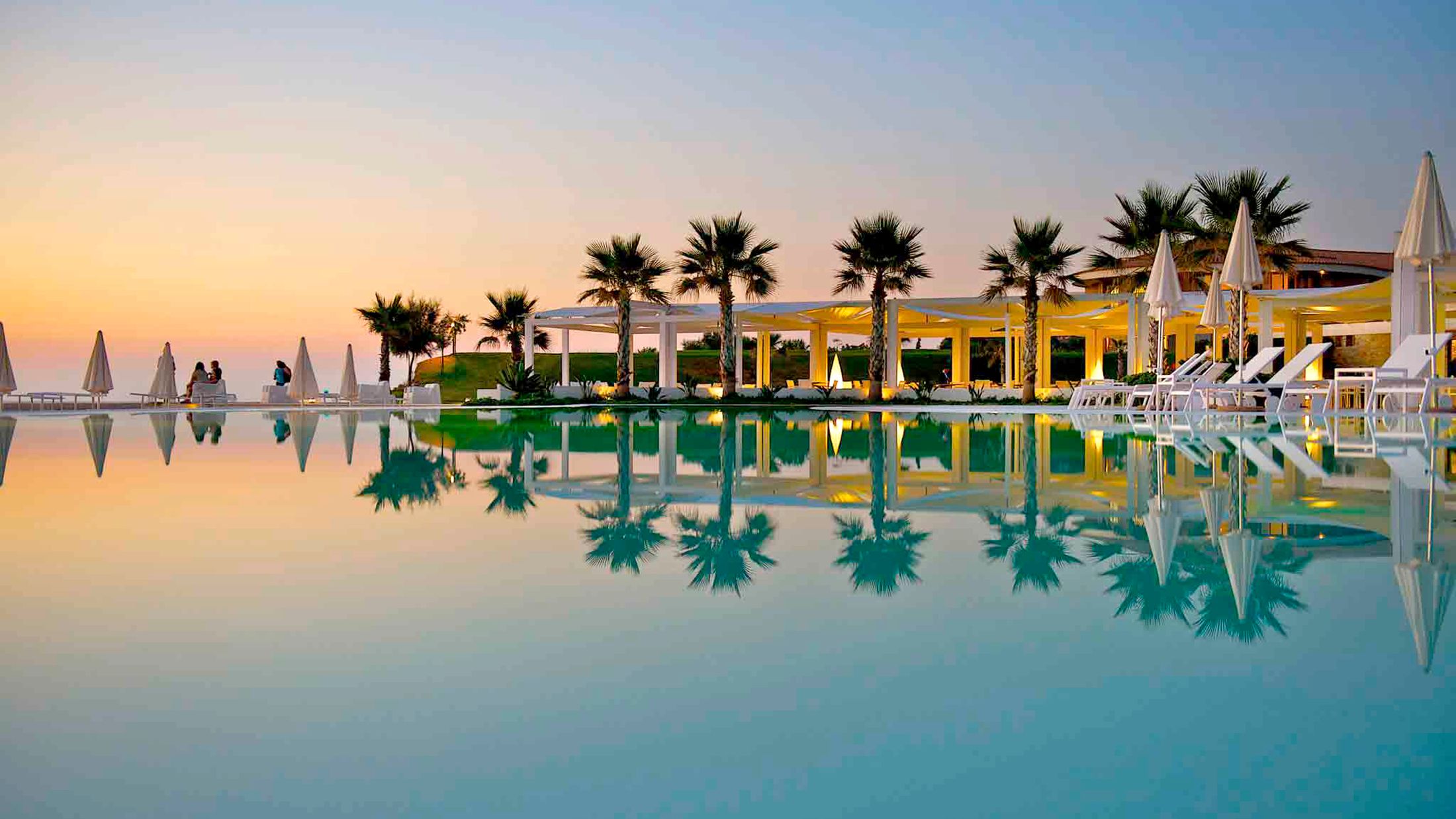 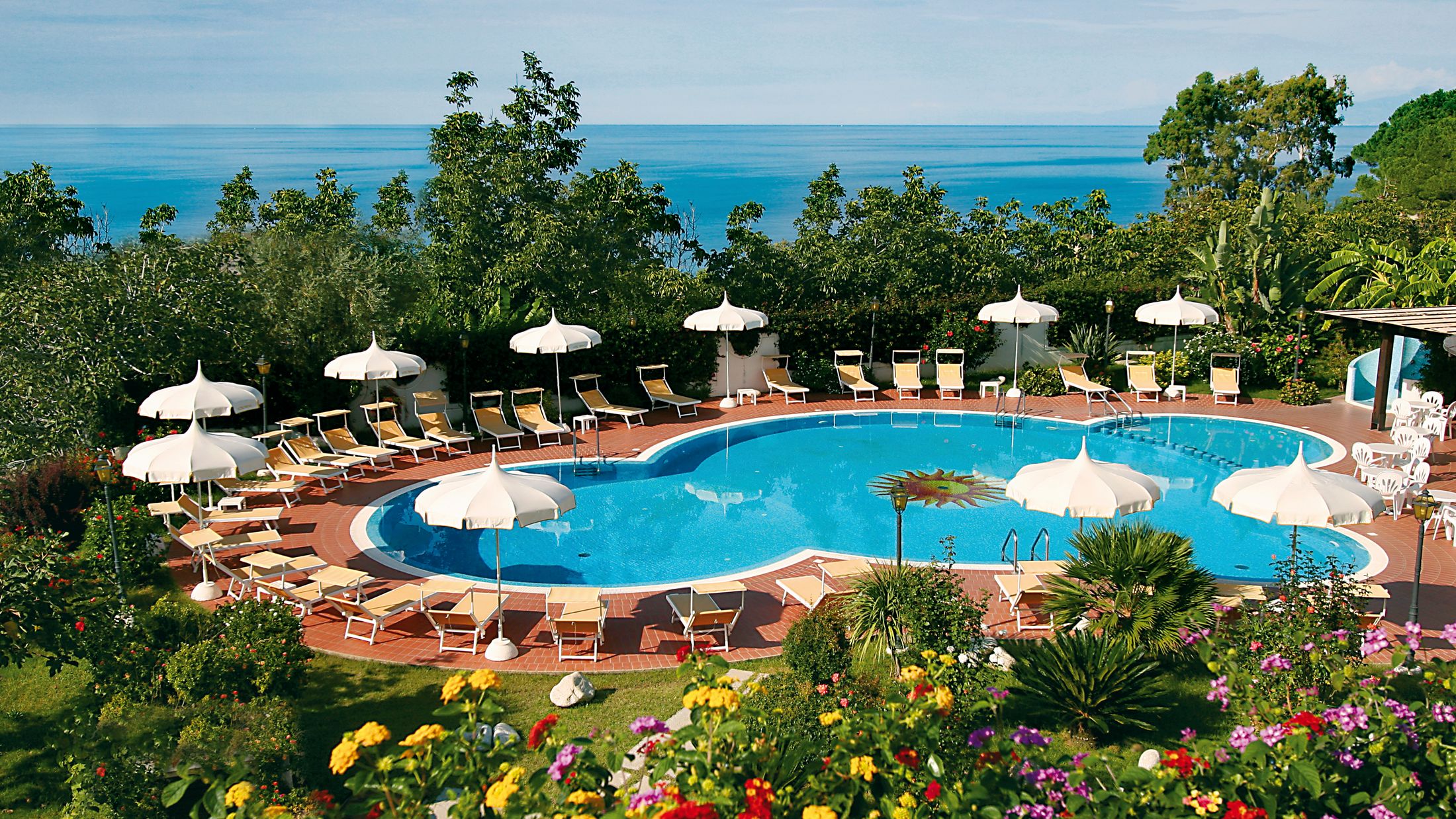 Things to do in Tropea

Visitors can simply relax and take in the obvious beauty of the beaches lining the Coast of the Gods, including Tropea Beach, Cannone Beach, Rotonda Beach, ‘A Linguata Beach, L’Occhiale Beach and the Marina dell’Isola. Though, there are many water activity clubs that will keep energetic visitors occupied, as well as kitesurfing and windsurfing for the thrill seekers.

In addition to popping in to the small artisan shops, bars and cafés on and around the main street of Corso Vittorio Emanuele or in the main square, get lost in the history of the must see monuments. The 12th Century Cathedral of Maria Santissima di Romania, the Franciscan Monastery, The Duomo and the Church of Santa Maria dell’lsola are musts for history lovers.

Located down in southern Italy, Calabria enjoys a typically Mediterranean climate with hot, dry summer and mild winters. June to September is the best time to experience the beaches, with average temperatures soaring to the high 20s, often not cooling down until October.