Citalia has over 90 years of experience in helping guests discover Italy in ways they never have before. We’ll help you create a once in a lifetime holiday in Sicily you’ll find nowhere else.

In May 2022, our Marketing Executive Ellie Harding went on her latest Italian adventure, this time was a road trip around the sensational island of Sicily. Flying into Catania–Fontanarossa Airport and departing from Palermo Airport after a week of exploring. Ellie shares Sicily’s secrets with us as well as the benefits of hiring a car for your next Italian escape.   This was my first time in Sicily, so I didn’t quite know what to expect. I chose to hire a car for the week from one of Citalia’s trusted partners, AVIS, to make getting around the island easier. It was so convenient to be able pick the car up immediately after landing into Catania–Fontanarossa Airport and just like that I was on my way! My first stop was Taormina, just under an hour’s drive away.
“I can’t believe I hadn’t visited Sicily sooner! This Italian Isle has the perfect blend of culture, cuisine and coastline and its size makes visiting multiple towns very accessible.” 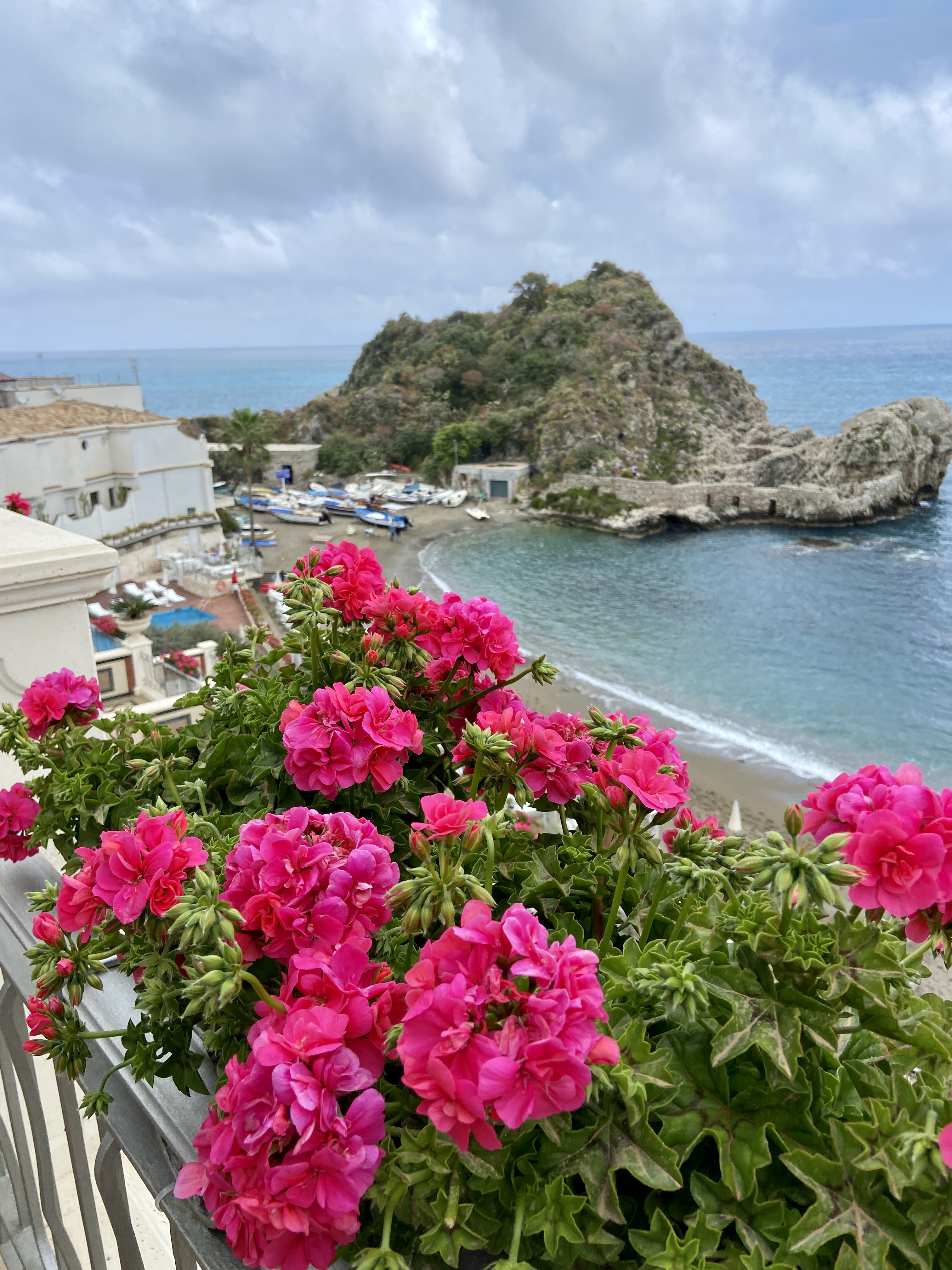 Taormina is a breathtakingly beautiful hilltop town on the east coast of Sicily. The town has a picturesque coastline as well as a convenient cable car that elevates you to the heights of Taormina’s Old Town, offering visitors the best of both worlds.

I chose to stay in Mazzarò Bay, Taormina, at the five-star Mazzarò Sea Palace for my first night. As you enter the hotel’s reception, you’re instantly struck by the most spectacular views of the Ionian Sea. Mazzarò Sea Palace has arguably the best spot on the bay as it was the first hotel to be constructed here. Pink flowers sit on every balcony framing this magical view perfectly, making you feel as though you have stepped into a painting.

All the rooms here boast captivating sea views, and my Junior Suite was no different. I could have easily let time pass me by while sitting out on the balcony looking out at the heavenly horizon. The room was comfy, light, and welcoming and this feeling persists throughout Mazzarò Sea Palace. After exploring the hotel, pool area and exclusive strip of beach reserved for guests, I ventured out to wonder around the local area.

I was lucky enough to be invited to spend my next two nights in another Junior Suite at Mazzarò Sea Palace’s idyllic sister hotel, Atlantis Bay.  Atlantis Bay retains much of the same alure as its sister but manages to create an entirely unique stay. This hotel has such intriguing décor, the hallways make you feel as if you’re walking around a mediaeval castle.

Waking up to the tranquil sounds of calming waves and views of the glistening pool and ocean was a definite highlight. Atlantis Bay’s advantageous location on Mermaid’s Bay, provides a mesmerizing backdrop to your morning coffee on the terrace or signature cocktail by the pool.

“I’d recommend trying a ‘Mermaid Sea’, a signature cocktail handcrafted by Atlantis Bay’s resident mixologist. This refreshing concoction resembles the colour of ‘Mermaid Bay’ – just as pretty but I assure you it tastes much nicer - Salute!”

After checking in I took the five-minute cable car ride up from Mazzarò to Taormina town which runs every 15-minutes. Lemon trees brighten cobbled streets and it’s easy to lose yourself in the inviting passages and gardens such as Villa Comunale. Under the warmth of the Sicilian sun, I spent the day enthralled by all Taormina had to share. From the main square you’re greeted by Mount Etna as she dominates the skyline (I would definitely recommend visiting at sunset!) Another must see is the Teatro Antico di Taormina, an ancient Greco-Roman theater that will transport you back to the 3rd century B.C. 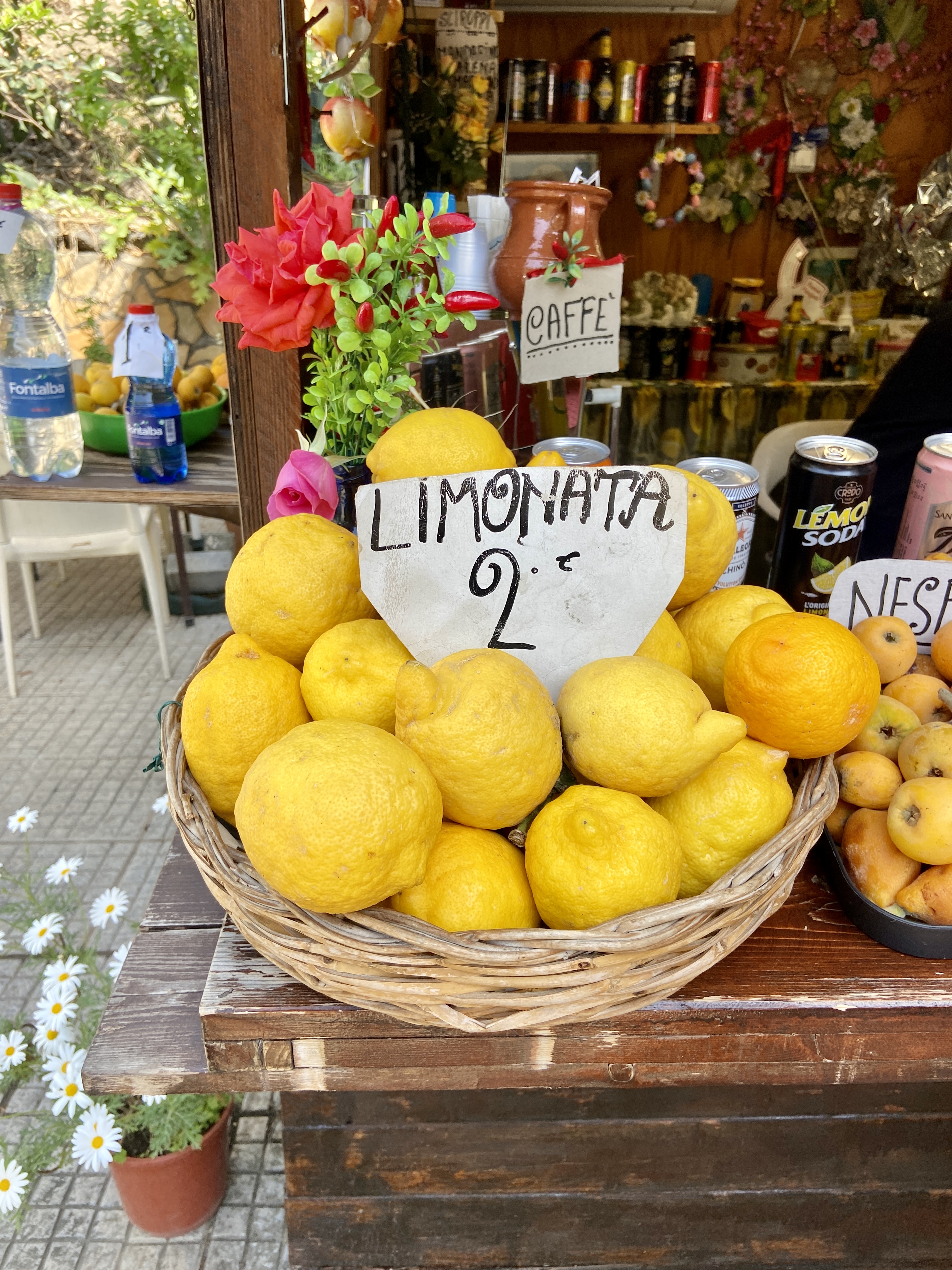 After an unforgettable stay filled with authentic dishes, exploration, and relaxation in Taormina it was time to hit the road again! Using the same car, I drove two and a half hours west to Cefalù. For this half of my Sicilian stay I checked into the Cefalù Sea Palace popular for its beachside location. I was awestruck by the crystal-clear waters and sandy beaches complimented perfectly by the warm temperatures. I took a short walk from the hotel to discover the charismatic Old Town (and grab a gelato!) Framed by palm trees, the Duomo di Cefalù is a staple of the main square and can even be seen from the beach.

“As you amble around you can find similarities between Cefalù and Taormina, but they are also unique to one another. I’m really glad I had the opportunity to combine the two into one trip, so I didn’t miss out on any of their qualities!” 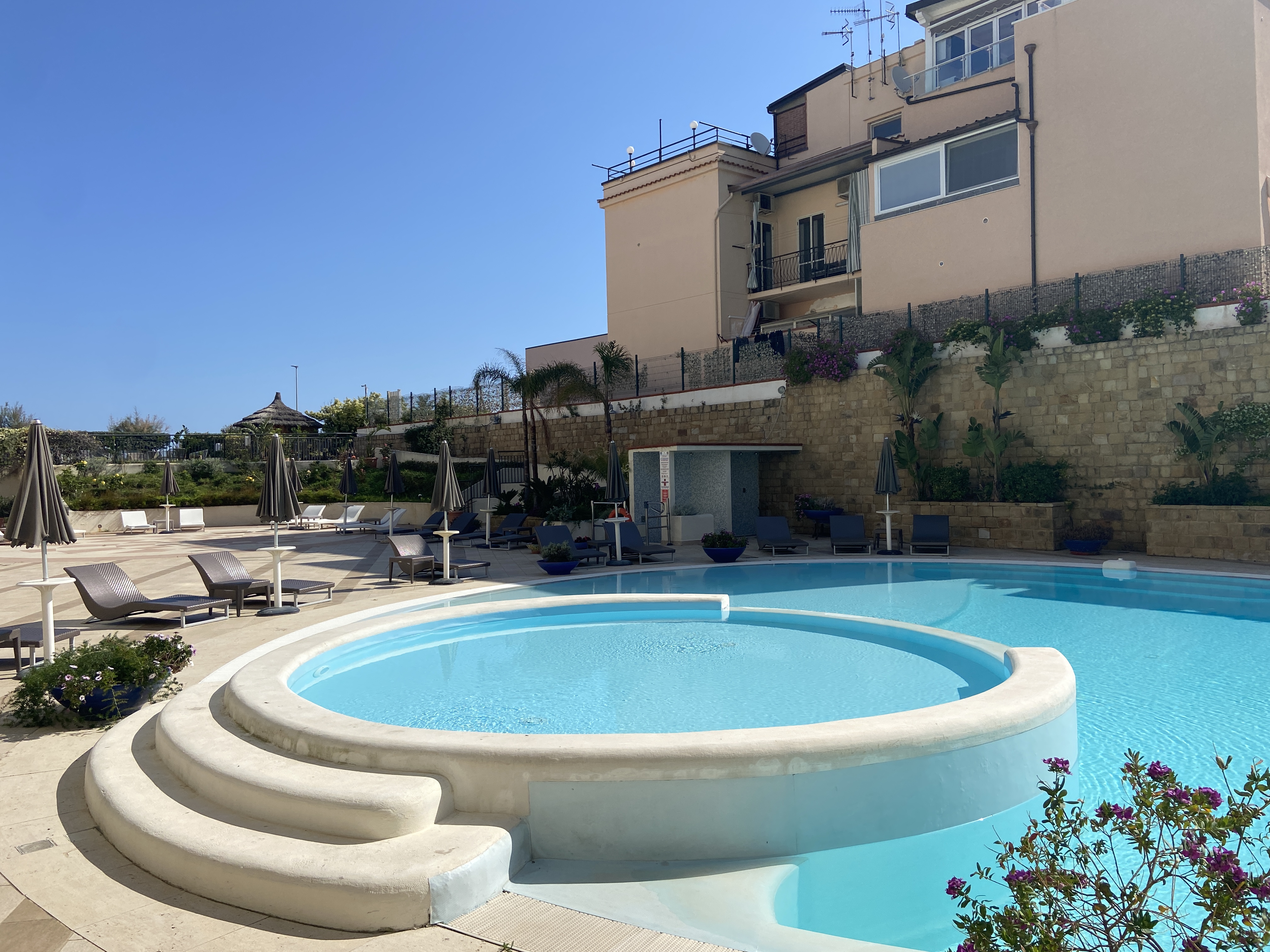 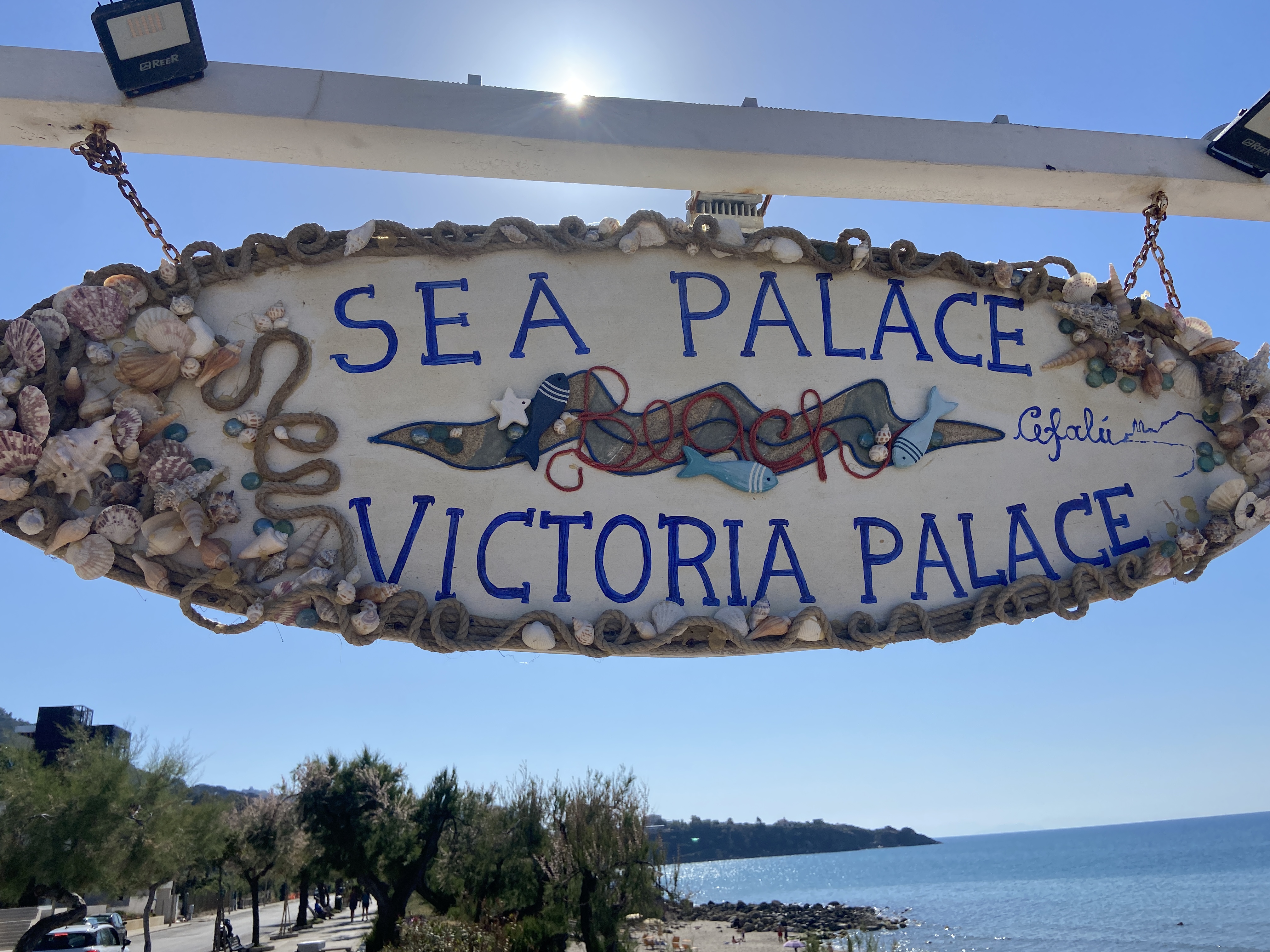 On my penultimate day in Sicily, I had the opportunity to go on an excursion to the Madonie Mountains. Just a 30-minute drive from Cefalù, tucked away with in the Madonie National Park, sits Castelbuono a small medieval village that has been pulled straight out of a fairytale.

Here you can stroll around the captivating streets, enjoy unique views of the park from the castle the town was named after or tuck into a traditional Sicilian dish in the square.

“After one last breakfast at Cefalù Sea Palace, it was time to start the journey home, driving just over an hour to Palermo Airport where I quickly and efficiently returned my AVIS hire car. This was a perfect way of getting around the island and seeing multiple destinations in a single trip!” 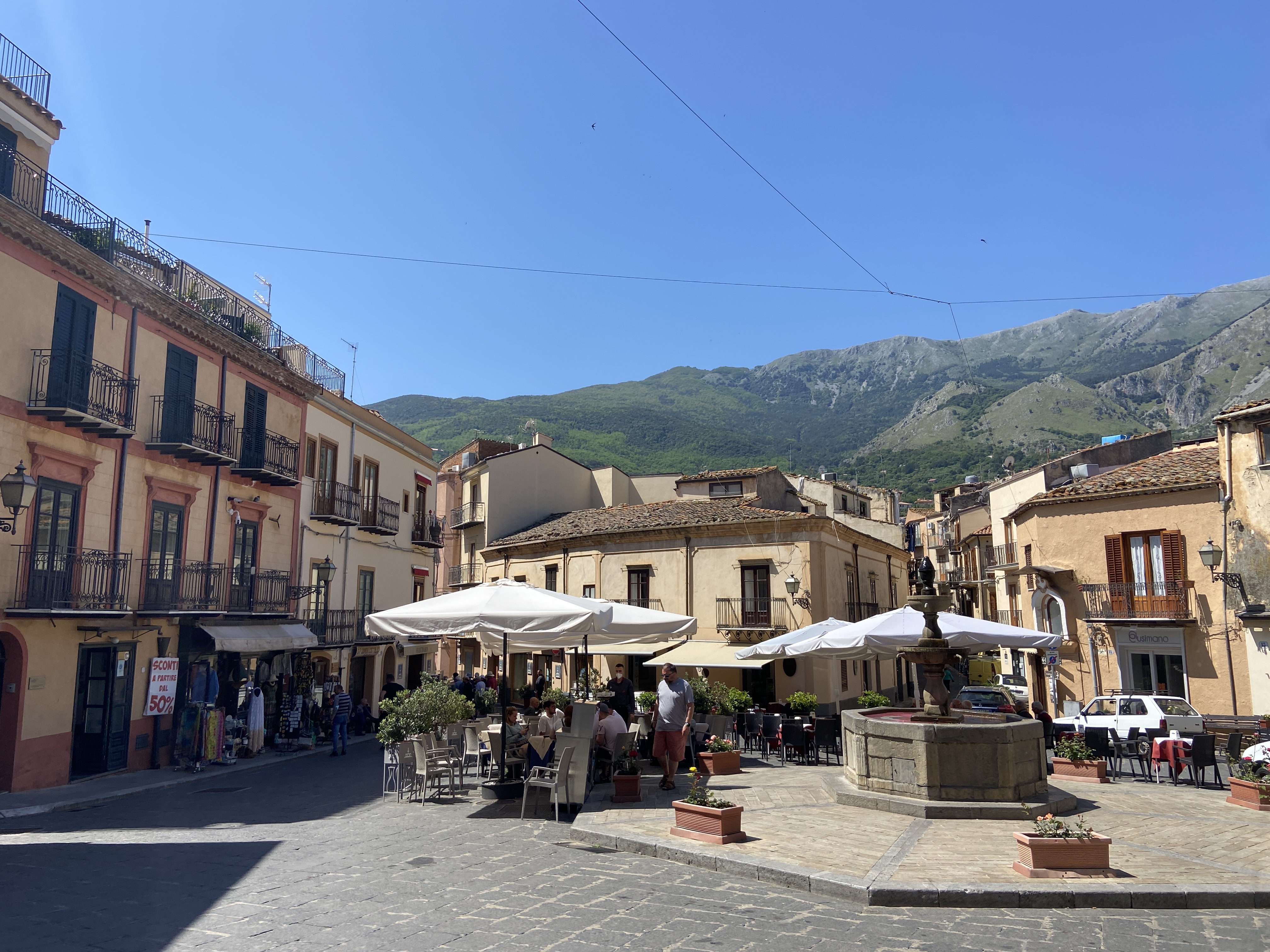 Enjoyed reading about Ellie’s Sicilian Road Trip? See the sights for yourself and view Ellie’s journey by watching our ‘Team Travels’ highlight on our Instagram page!

Call us today to speak to one of our Italy Experts for further travel advice, hotel recommendations or to begin planning your next Italian holiday.