Il Palio di Siena is a famous horse race and is a hugely significant part of Siena's history. Staged twice a year on the 2nd July and 16th August, the event takes place directly below the Torre del Mangia on the famous sunken circular slope that's known as the Piazza del Campo. The first race of the year is named the Palio of Provenzano, a mark of respect to the Madonna of Provenzano, a much adored painting which was believed to evoke a sense of power. The second race is named after the Assumption of the Virgin Mary, making her way to heaven and is therefore called 'Palio dell Assunta'.

Whether you visit in time for the first or second event, the core components of the day remain the same - 17 'Contrades' (divided districts within the confines of the city) challenge one another for the coveted prize, the 'Drappellone', which in simple english means a large drape.

After the preliminary races,(which are carried out on previous days) the aspiring contrades are entered into a lottery, as only 10 can qualify for the final race; the 10 that are named are then assigned their horses and prepare to complete the 3 laps around the Piazza del Campo. Regardless as to whether the jockeys become unseated during the occasion, the horse that finishes first is, figuratively, crowned champion!

The majority of the contrade are identified by a member of the animal kingdom and each have their own unique emblem - Eagle, Snail, Wave, Panther, Forest, Tortoise, Owl, Unicorn, Shell, Tower, Ram, Caterpillar, Dragon, Giraffe, Porcupine, She-Wolf and a goose - all representing the parties involved.(Keep an eye out for the statues of the respective animal or other representing parties that were erected in each district across the city)

This event is steeped in history and driven by passion. To truly gain the full experience, it's worth arriving before 3pm to bear witness to the scenes of the blessing ceremony that precedes the race. Around six hundred people dress in renaissance costumes of a bygone era, with each different costume signifying which contrade they share fealty to, recognisable by the colours applied to the costume, and they then proceed to parade around the city.

It can be expensive viewing if you're fussy about where you wish to be positioned - for example, up on the balconies that face the Piazza - but for the savvy, the more populated area in the centre of Piazza del Campo is free of charge. Just get there early to ensure your ideal spot! 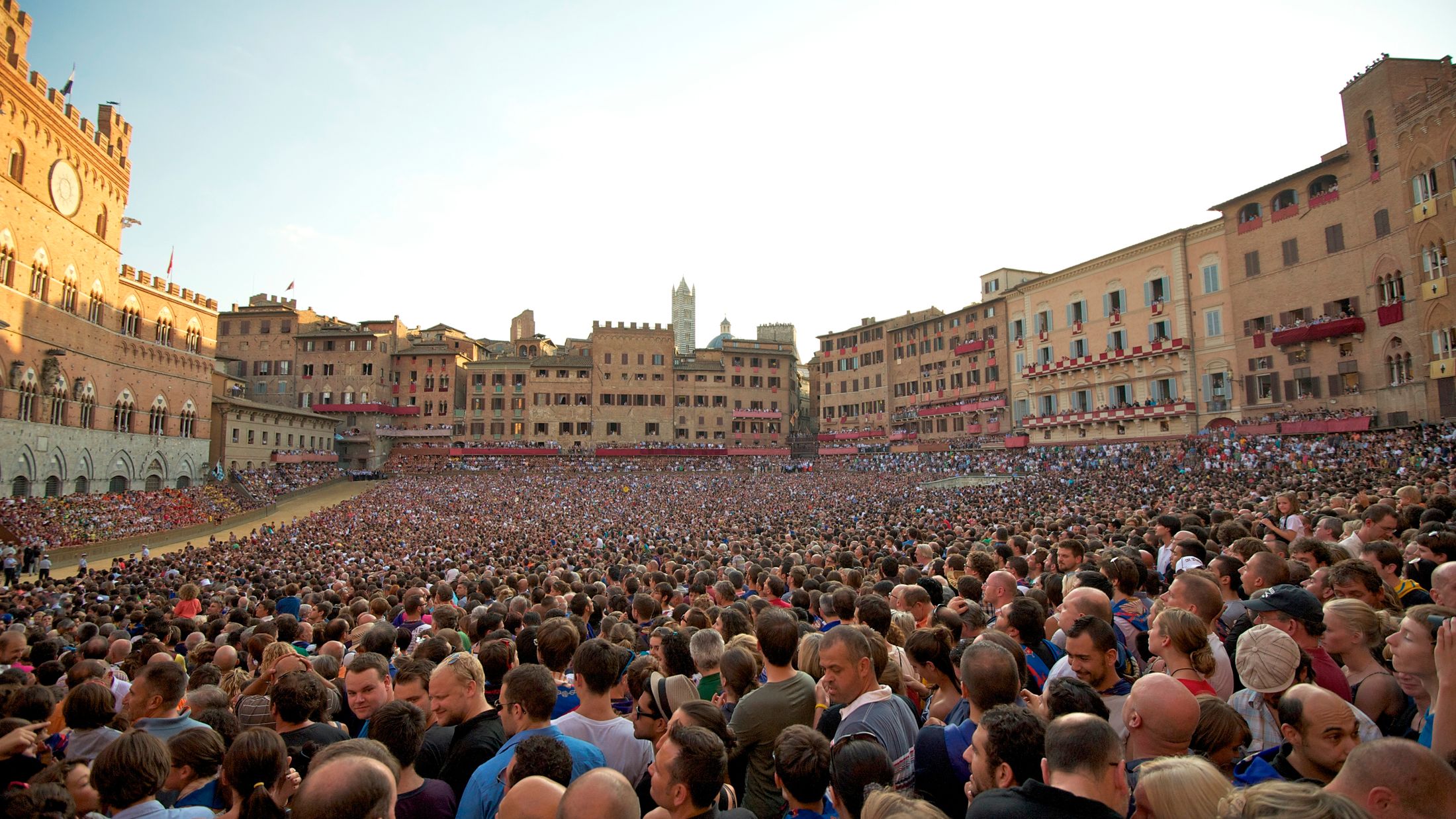 This four-day short break includes tickets to one of the world’s most famous horse races, the historic Palio di Siena. Staying just outside the city centre means you get a peaceful pool and garden to retreat to when you’re not watching the race or seeing the sights.