Holidays in Syracuse are an immersive voyage of discovery through the ages. Situated on the south Eastern coast of Sicily and surrounded by the Ionian Sea, Syracuse is one of the most important towns in Italy for its architecture, monuments and art. From ancient Greek origins, the history of the town spans the Roman Empire and successive Saracen, Norman and Spanish invasions. Today, the peaceful atmosphere, with its natural beauty, stunning coastline and historical diversity, will seduce you too. The town is an ideal base for couples and families with a passion for cultural travel.

Under the Sicilian sun, retrace ancient civilisations through the flagstone paved streets lined by warm stone buildings, where unique statues and evocative relics are to be found around every corner. Take advantage of the slow pace of life and take the time to check out the inspiring range of restaurants, shops, bars and street markets. This maritime town, tracing nearly 3000 years of history, provides an unforgettable backdrop to an inspirational and fascinating holiday at any time of year.

Sicily, the largest of the Mediterranean islands, also known as l’Isola del Sole – the sun island, is often said to be the second most important archaeological site in Europe, after Rome. Birthplace of the Greek mathematician Archimedes in the 3rd Century BC, Syracuse and the rocky necropolis of Pantalica are recognised by UNESCO as a world heritage site. There are hundreds of monuments to visit, allowing you to witness the passage of the civilisations which inhabited the town over the centuries.

The oldest part of Syracuse, the Island of Ortigia, is linked to the mainland by three bridges and here you’ll find the attractive historical centre. The Ponte Nuovo, translated as New Bridge, leads directly from the Corso Umberto I, one of the main streets of the town. Syracuse itself is best explored on foot, allowing you to get a feel for the area and uncover some of its secrets. The island forms the natural bay and the harbour to the south of the town, offering magnificent sea views and a tranquil atmosphere.

Broaden your Syracuse holiday by visiting nearby Noto, with its unmissable baroque architecture, flagstone piazzas and splendid staircases. The Dominica church, the cathedral and the Villadorata Palace come highly recommended. Vendicari, with its spectacular nature reserve further down the coast, is well worth the trip, finishing in Marzamemi, a quaint port town towards the southern tip of Sicily 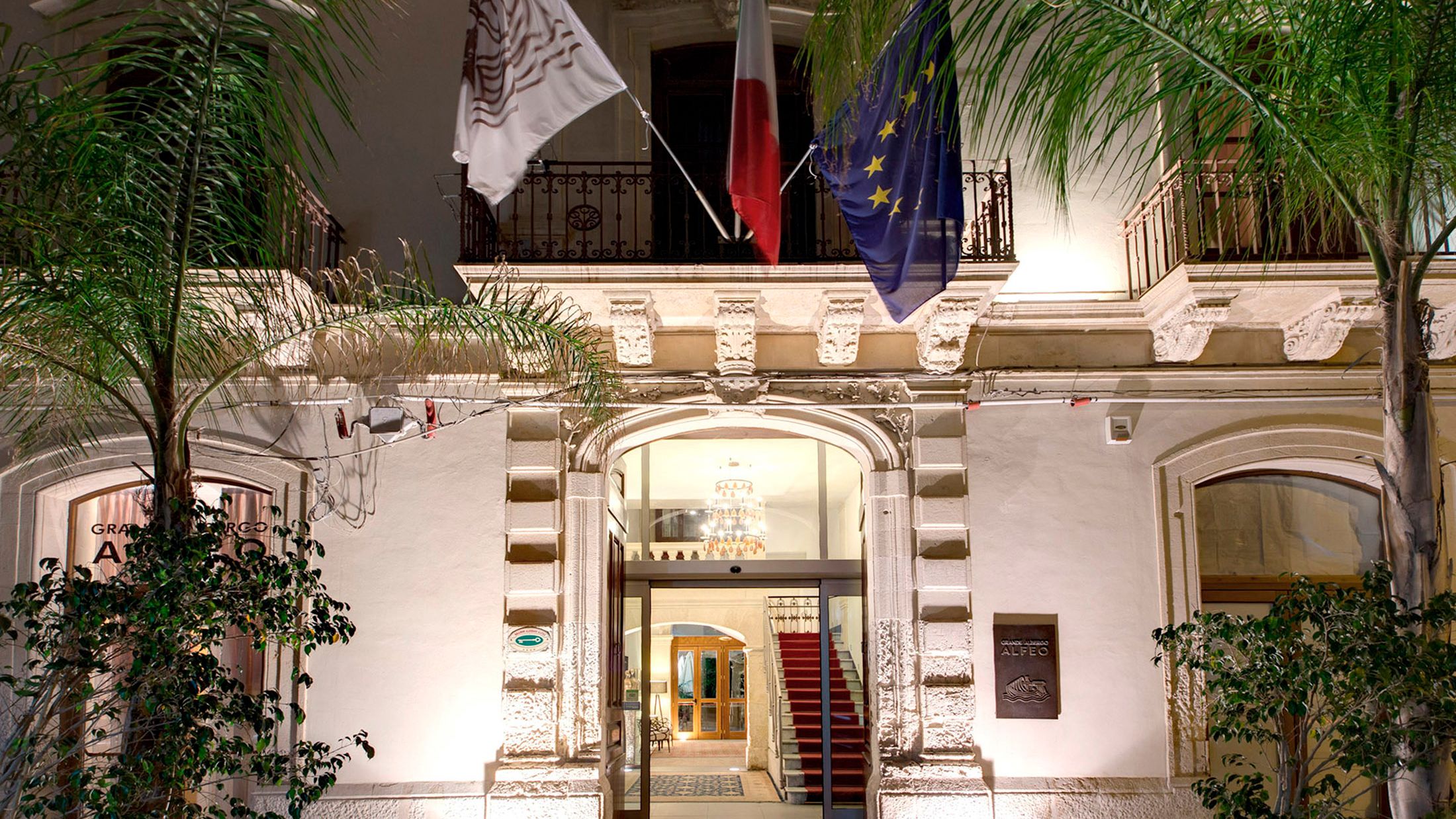 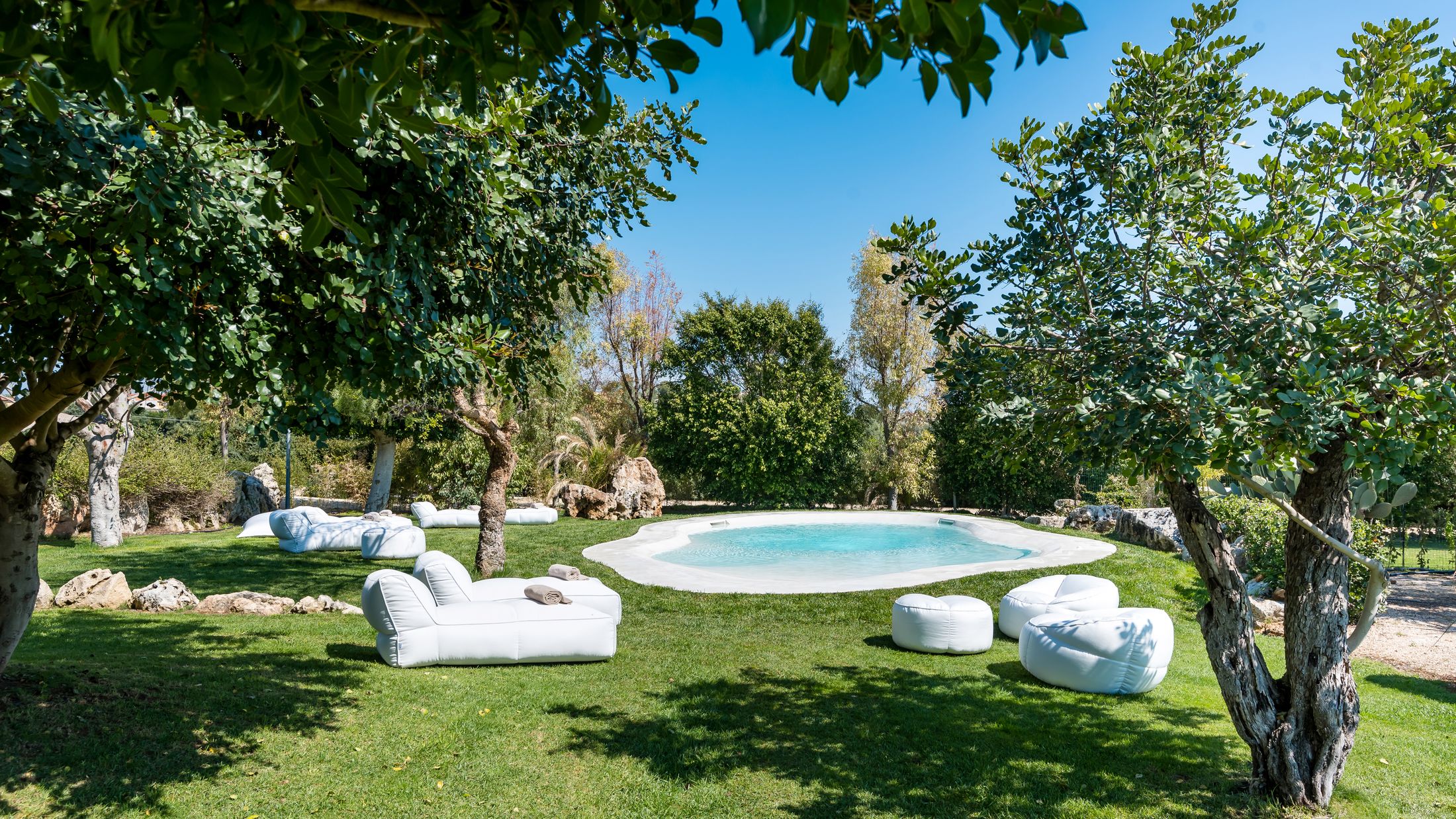 At a glance
8 days from £2089 per person
ATOL Protected

Find out more about Treasures of Sicily tour

Things to do in Syracuse

Ortigia Island peninsula is a concentration of buildings and monuments, making it ideal for an extended visit. Take in Archimedes Square, the imposing statutes and the Baroque and late Renaissance architecture such as the imposing town hall. The Greek Temple of Apollo is one of the most important monuments in Sicily and the Fountain of Arethusa, where the fresh water source allowed the first settlements on the island, is another must see.

Admire the magnificent fortified walls of the Chateau Maniace at the entrance to the Porto Grande, which was theatre to battles between the Syracusans and Carthaginois. Inside this medieval monument, magnificent white and black stone columns in the main room complement ornate stonework and a vaulted ceiling.

If you prefer to head further afield, book our Syracuse and Taormina multicentre holiday and pair fascinating ancient sights in Syracuse with the traditional winding streets of hilltop Taormina. With just an hour and a half’s drive between the two, this is the ideal way to see this beautiful island at its best.

The closest airport to Syracuse is Catania (CTA), which is about 1 hour from Syracuse. Direct flights to Catania are available from Birmingham, London Gatwick, London Luton and Manchester and take approximately 3 hours.

Direct flights from London Standsted are also available to Comiso (CIY), which is about 1 hour 30 mins away and take approximately 3 hours 15 mins.