Sirmione holidays take you to a historic spa town on the shores of Lake Garda. The oldest part of Sirmione stands on a narrow 3km long peninsula that juts out into the lake, offering strolls beside the water and a series of narrow cobbled streets and squares. The town’s famous thermal waters have been attracting visitors since classical times and you can still take advantage of their relaxing qualities at several spas.

Sirmione is one of the most popular resorts on Lake Garda – as well as the healing waters, visitors are drawn to its fairy tale medieval castle, ancient Roman ruins and some highly regarded ice cream parlours. The town’s location at the southern end of Lake Garda makes it easily accessible. By road the A4 Autostrada passes within 5km of Sirmione, while the nearest railway station is 8km away at Desenzano del Garda, on the main Venice-Milan line.

Exploring the narrow lanes of Sirmione is a relaxing pleasure, as most of the streets along the peninsula are pedestrianised. And it’s virtually impossible to get lost here because you’re never more than 200 metres from the lake, on one side or the other.

The well preserved fortress of Scaligero Castle guards the entrance to the historic town centre, and you’ll cross its moat on your way to the little maze of streets beyond. The old town is home to some charming restaurants and cafés – if you want a meal with a view, La Speranzina and Il Grifone both have terraces right beside the lake.

At the northern end of Sirmione the narrow strip of land widens a little, and this is where you’ll find the atmospheric 14th Century Church of San Pietro. Slightly further, at the very top of Sirmione, are the Grottoes of Catullus – the remains of an impressive Roman villa with panoramic views of the lake on three sides. There’s also a small museum here, explaining the history of Sirmione over the past 2,000 years. 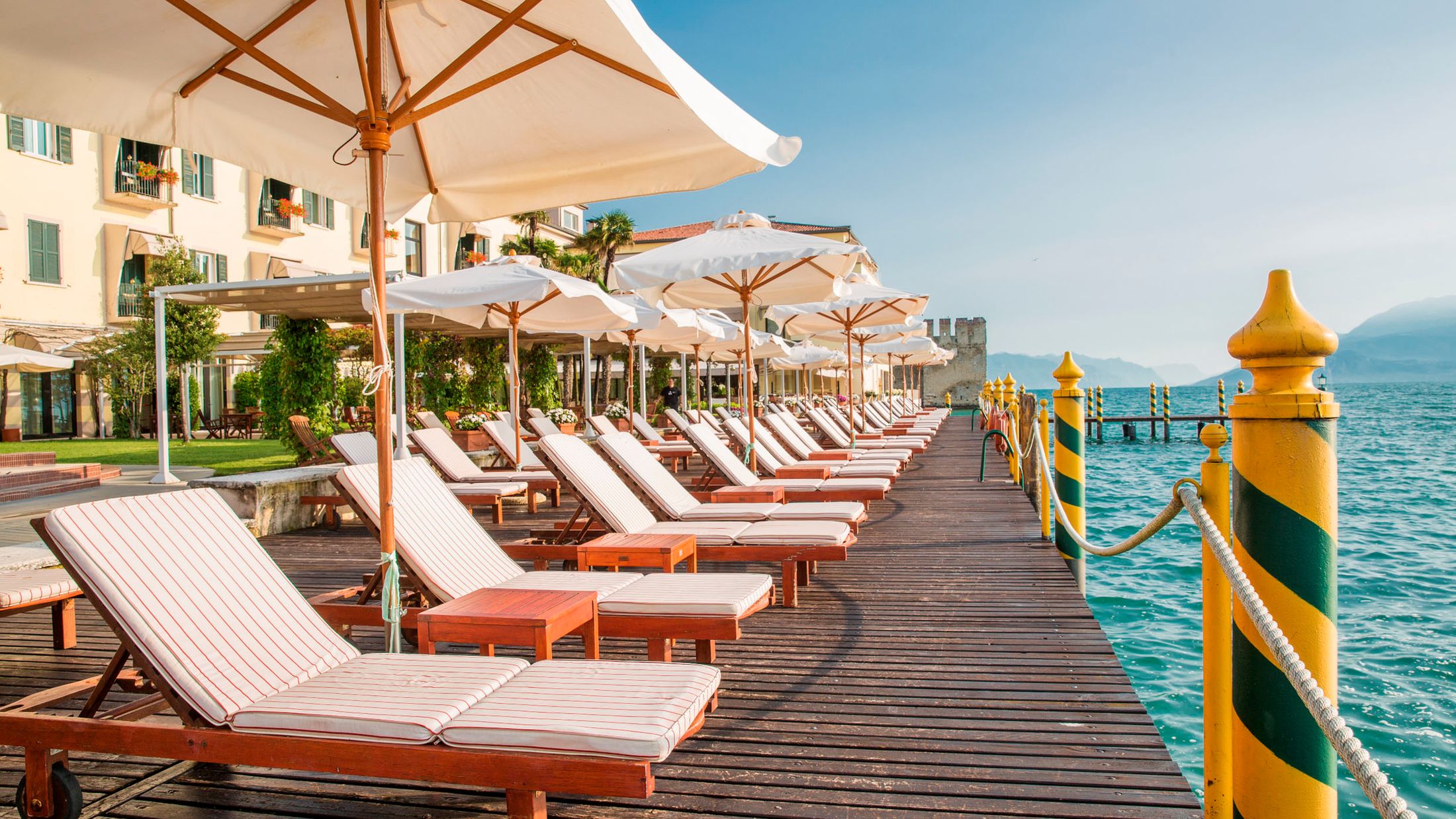 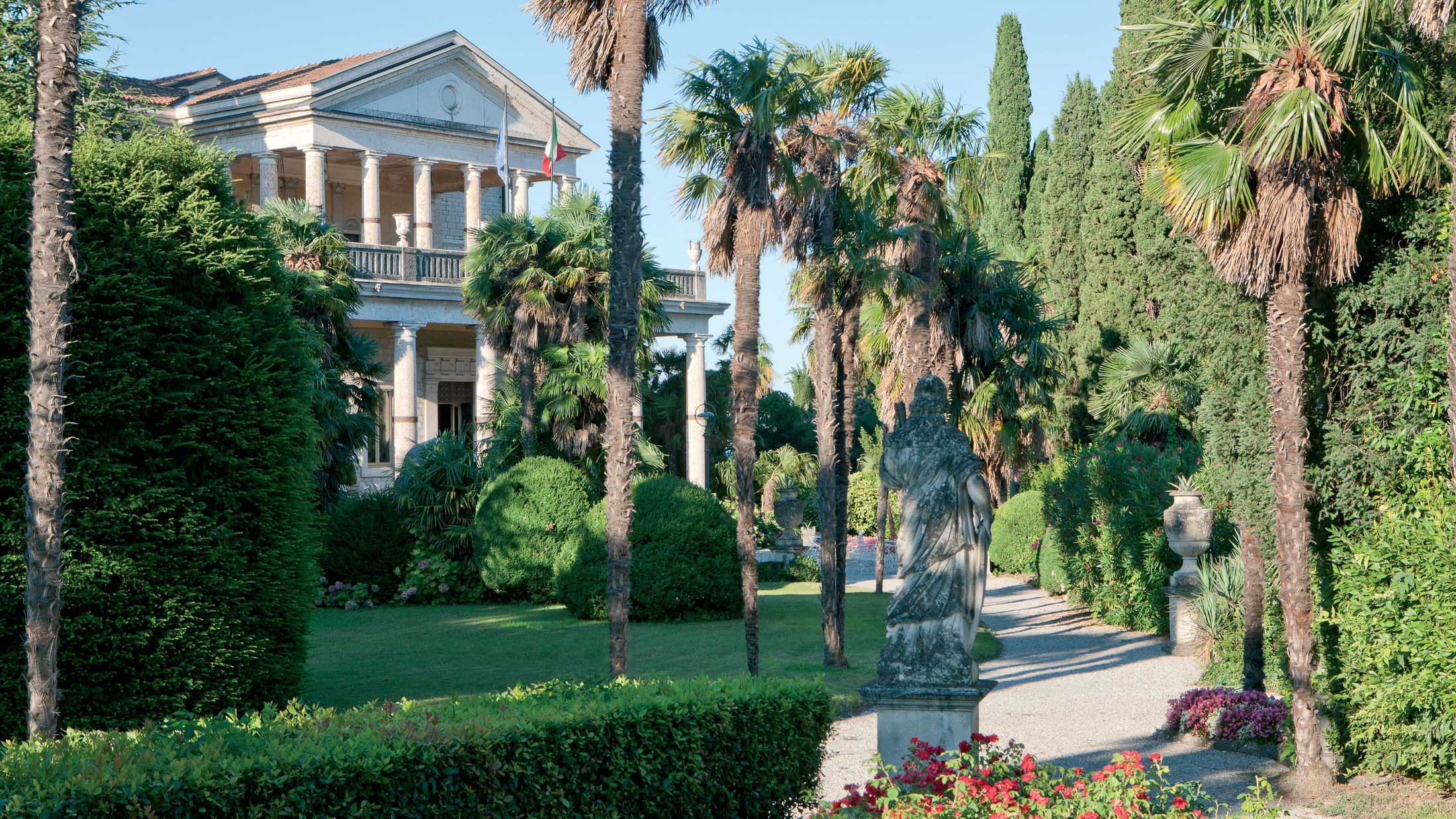 Things to do in Sirmione

Sirmione has a handful of spa hotels that take advantage of the thermal springs in this area. So if you really want to chill out, book yourself in for a swim, a sauna or a hydro massage, before lazing on a sun lounger with a view of the lake.

Another great way to take in the scenery of Lake Garda is from the water, with several ferries running regular services to and from Sirmione. You have the option of high speed hydroplanes that will whisk you between the lake’s resorts in exciting fashion, or the pleasure boats that cruise around at a more sedate pace.

In Sirmione’s old town, Piazza Carducci is the focal point for eating and drinking. It’s also home to Palazzo Callas, a house where the famous opera singer Maria Callas often stayed. The building looks rather modest from the square, but it’s much more impressive when you go inside. These days it’s used as a venue for art exhibitions.

Lake Garda is traditionally a summer getaway, with hotels usually welcoming guests between April and October. Temperatures hover around 25°C in July and August – and this is when Lake Garda is at its liveliest. However, the climate in Lake Garda is very mild in spring and autumn, with temperatures rarely ducking beneath 20°C. Fancy avoiding the busiest months? Consider visiting in May, June or September – you’ll avoid the crowds and still be treated to warm weather.