Often overlooked in favour of its neighbour, Tuscany, Emilia-Romagna is one not to be missed on a foodie's itinerary. Extending from the Apennine mountains to the Po river in the north, this verdant region is where a lot of Italy's most well-known produce comes from, including balsamic vinegar from Modena, Prosciutto, Parmesan cheese and, of course, Bolognese.

It's considered by many to be the heart of Italian food, but that's not all that's on offer here. The capital, Bologna, is filled with medieval architecture and the world's oldest university, but doesn't have the crowds that the likes of Florence and Rome attract. The train links here are fantastic and it's easy to explore the nearby towns of Parma, Modena and Ravenna which are equally as picturesque. Emilia-Romagna is also the home of the automobile and is where some of Italy's most famous car-makers are based, including Lamborghini, Maserati, Ducati and Ferrari.

A Taste Of Emilia-Romagna

We have collaborated with Pasta Evangelists to create a recipe that perfectly encapsulates flavours from Emilia-Romagna, giving you the taste of Italy right from your own kitchen!

Visit Pasta Evangelists and Get Cooking!

Explore all Recipes and Regions 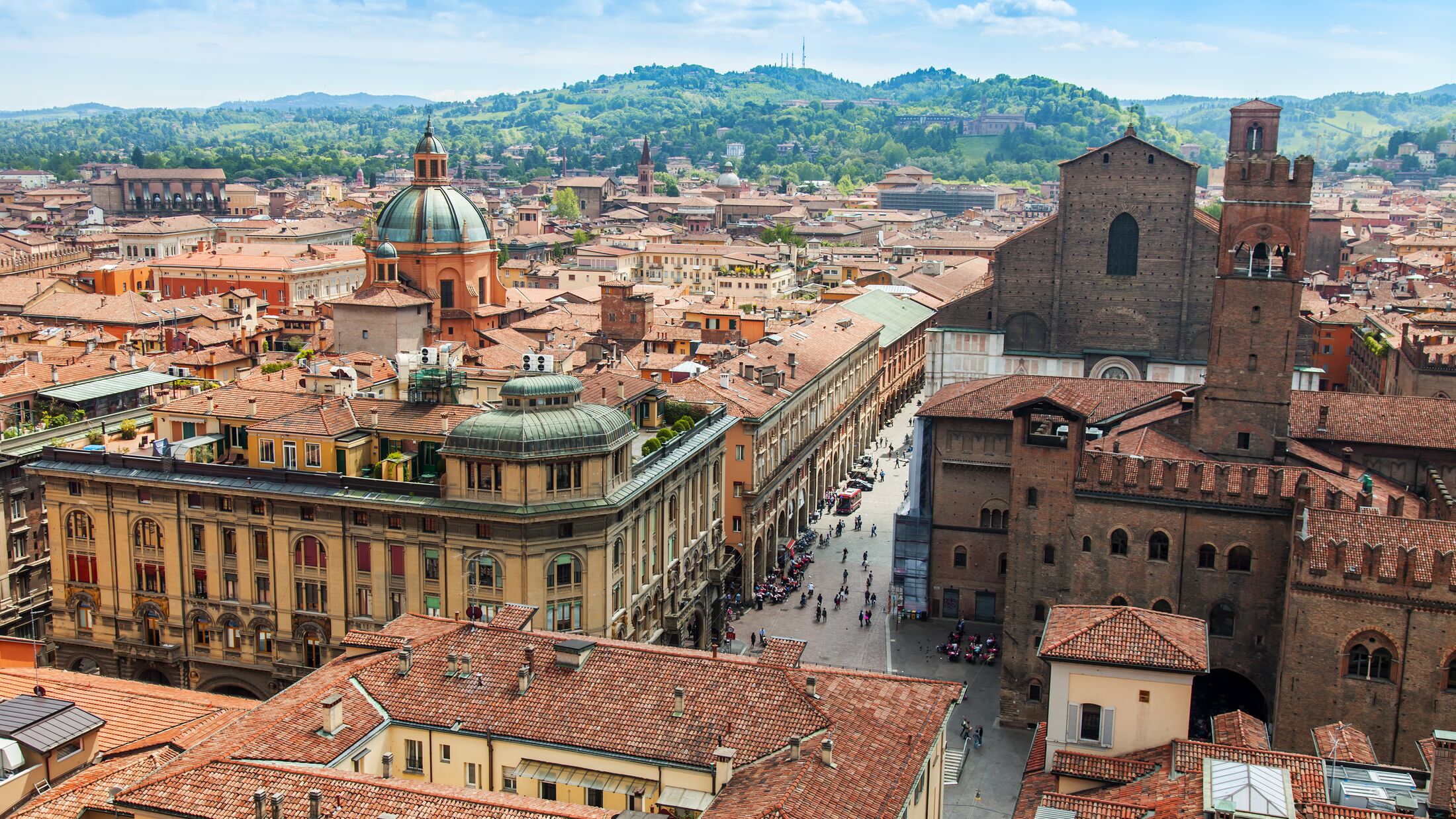 Bologna
Bologna is one of Italy’s most elegant and exciting cities, acclaimed for its food and architecture.
Find out more