The Palio di Siena horse race is an iconic event marked in Tuscany’s cultural calendar twice every year. It’s a cornerstone of local tradition and custom where 10 horses, each representing a different district, race around the historic Piazza del Campo in the blink of an eye. But what makes this event stand out is the electric atmosphere, celebrations, parades and the opportunity to join in a centuries-old tradition.

We’ll help you make the most of your trip to Siena to see the race, whether it’s finding the best hotel such as Hotel Garden - a luxurious 17th Century residence - or combining your holiday to the Palio di Siena with other fascinating cities. Florence and the Uffizi Gallery are just an hour away, and Pisa and Bologna are also close by.

When does the Palio take place?

There are two races each year. The first, the Palio di Provenzano, is held on 2 July, while the second, the Palio dell’Assunta, takes place on 16 August. Historic parades move through the piazza late afternoon, before the race starts. It is advised to be inside the Piazza by 4pm.

Experience it for yourself 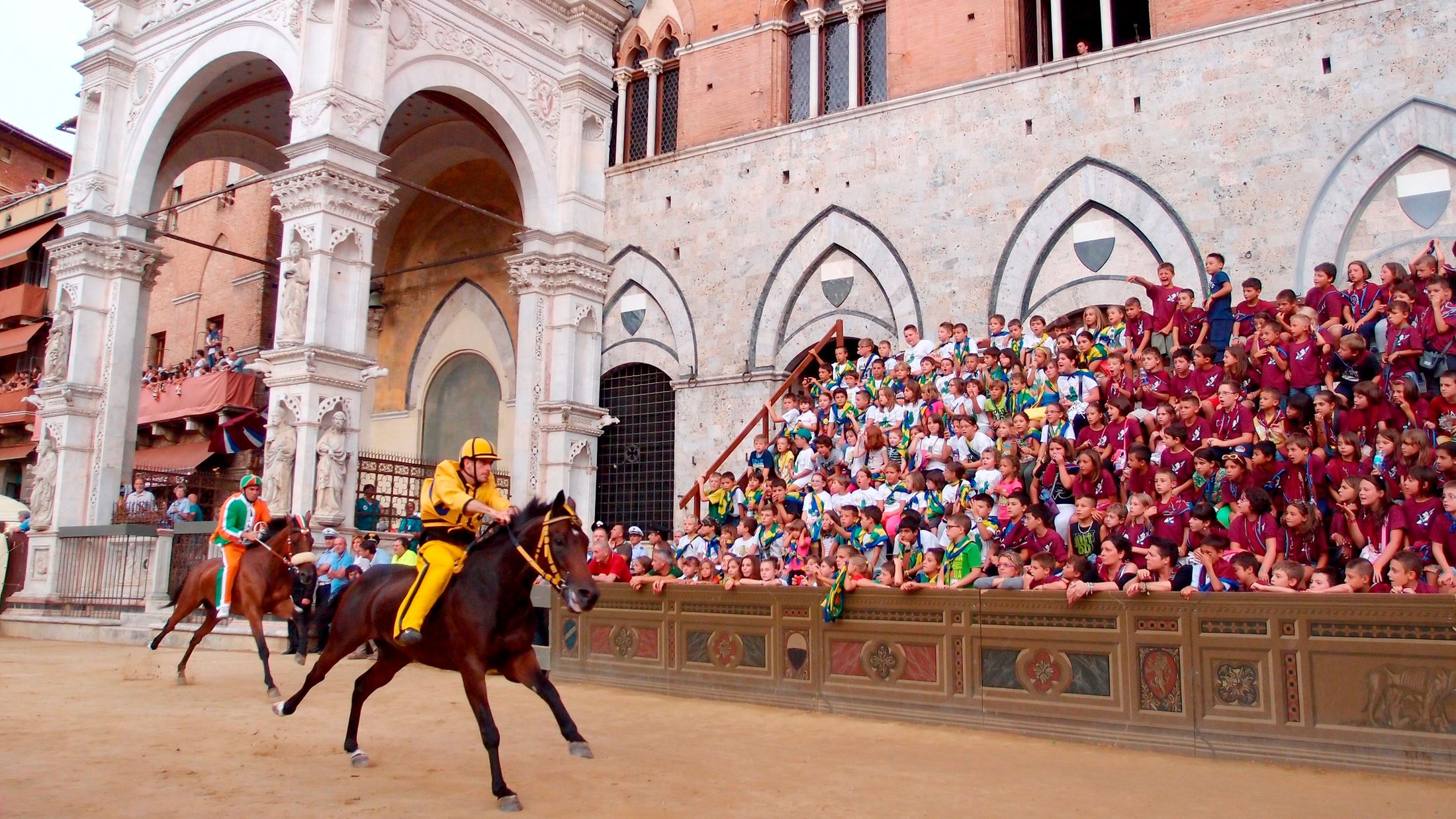 Siena and the Palio

Our short break to the Palio includes a three-night stay in Siena and tickets to the race (you can choose between seats in the stands or an apartment on the square).

Find out more about Siena and the Palio

Tuscany and the Palio

If you’re after a countryside stay, we can arrange a rural villa or hotel for you, with car hire so you can get to Siena easily – ask our team for more info.

Find out more about Tuscany and the Palio

Florence and the Palio

Florence is an hour’s drive from Siena, so you can easily add a day at the Palio to your city break itinerary. Speak to our Italy Experts to plan your trip.

Find out more about Florence and the Palio