The elegant Grand Hotel Continental is located close to the impressive ancient square, Piazza del Campo, famous for its bi-annual medieval horse race, Il Palio. Formerly the Gori Pannilini Palace, the building is steeped in history and underwent a painstaking restoration project, opening in 2002 as the only five-star hotel in the heart of Siena. This refined hotel with beautiful original frescoes and priceless furnishings is combined with a luxurious service and a romantic atmosphere, that throughout the centuries has won over the hearts of an élite clientele. Young aristocrats came here in the 1800s, as did Queen Margaret of Savoy, German statesman Horst Köhler, not to mention modern celebrities such as Dee Dee Bridgewater, Dario Fo, Andrea Bocelli and Daniel Craig whilst filming James Bond's 'Quantum of Solace'.

Ensure that you enjoy the hotel's facilities which include the SaporDivino restaurant, which serves Tuscan cuisine and other local delicacies, Enoteca SaporDivino wine bar and shop, and the Wine Cellar which is carved into the base of the medieval tower; a truly wonderful place where wine tasting of some of the most important wines of the area can be arranged and paid for locally.

Included With: Bed & Breakfast, Half Board

An elegant à la carte restaurant serving a rich selection of Tuscan cuisine and fine wines from the wine cellar. As well as an enticing seasonally inspired menu, the restaurant offers diners historic and sophisticated surroundings in an enchanting inner courtyard.


Restrictions:
Guests who opt to dine half board have breakfast and dinner, which also includes a half bottle of wine per person.

About the location
Holidays in Siena take you to central Italy, in the heart of Tuscany’s countryside. It’s surrounded by the rolling green hills and valleys the area is renowned for, as well as warm stone buildings and a history which stretches back to the Medieval era.

Spend your days indulging in the most Italian of traditions, a passeggiata, or evening stroll. Take in the vibrant squares and narrow cobbled streets, stop off in little boutiques or sit in a street side café as you watch the world go by, coffee, wine or gelato in hand. The Piazza del Campo is home to a lively collection of restaurants, while Palazzo Pubblico (the town hall) and Siena Cathedral draw culture lovers from far and wide.

Food and drink form a centrepiece of any holiday to Siena, with wild boar, pappardelle pasta and cheese high on the menu. The Tuscany region is also famous for its fantastic wines, so a vineyard tour should be top of your list.
Transfer time
Car hire is recommended for this hotel. Siena is 42 miles from Florence and 68 miles from Pisa. 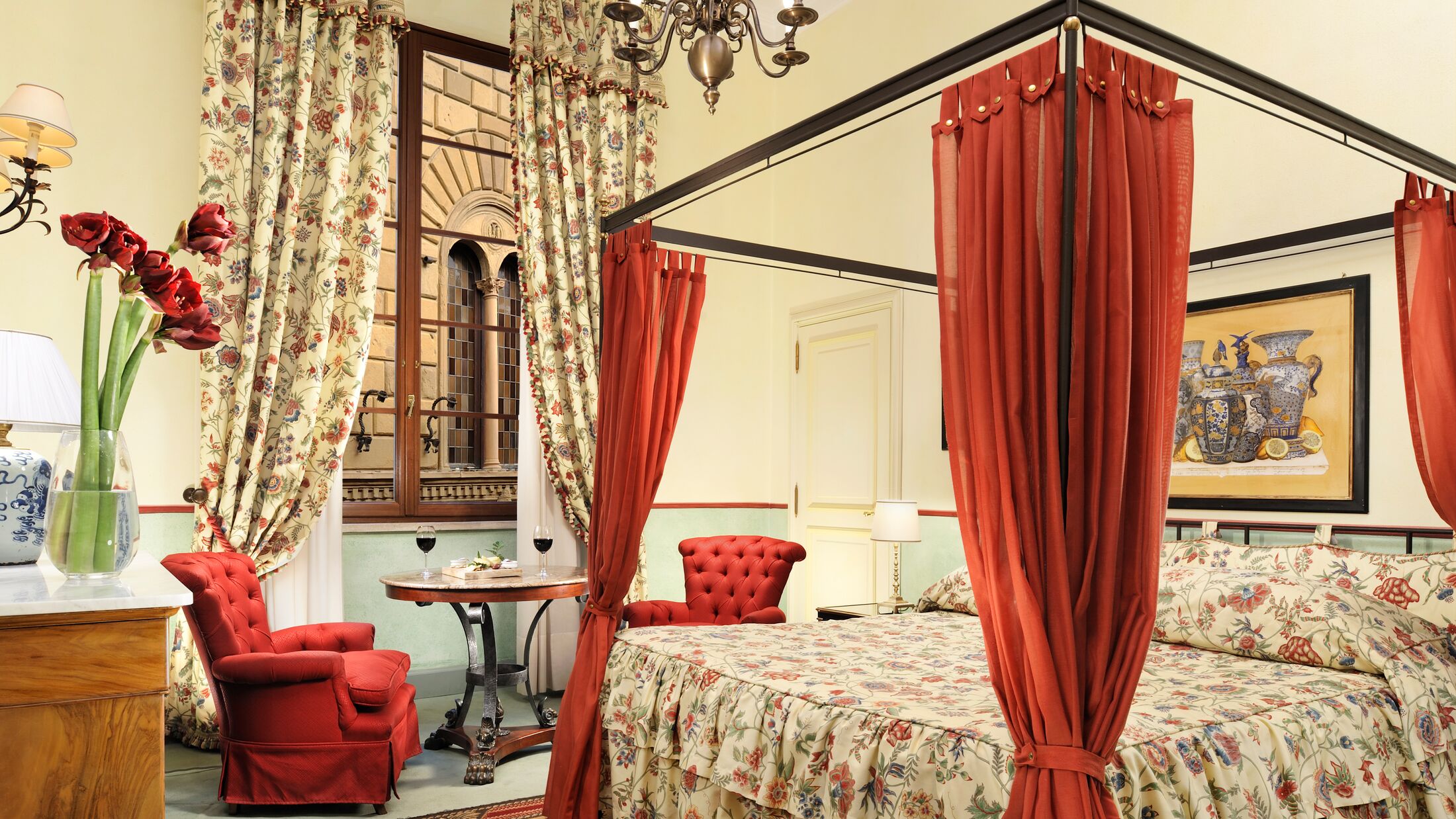 Classic Double Rooms are elegantly furnished with traditional Tuscan wooden beams, antique furniture, fine fabrics and have a large window with views of Siena. They feature a double bed or twin beds and a travertine and marble bathroom. 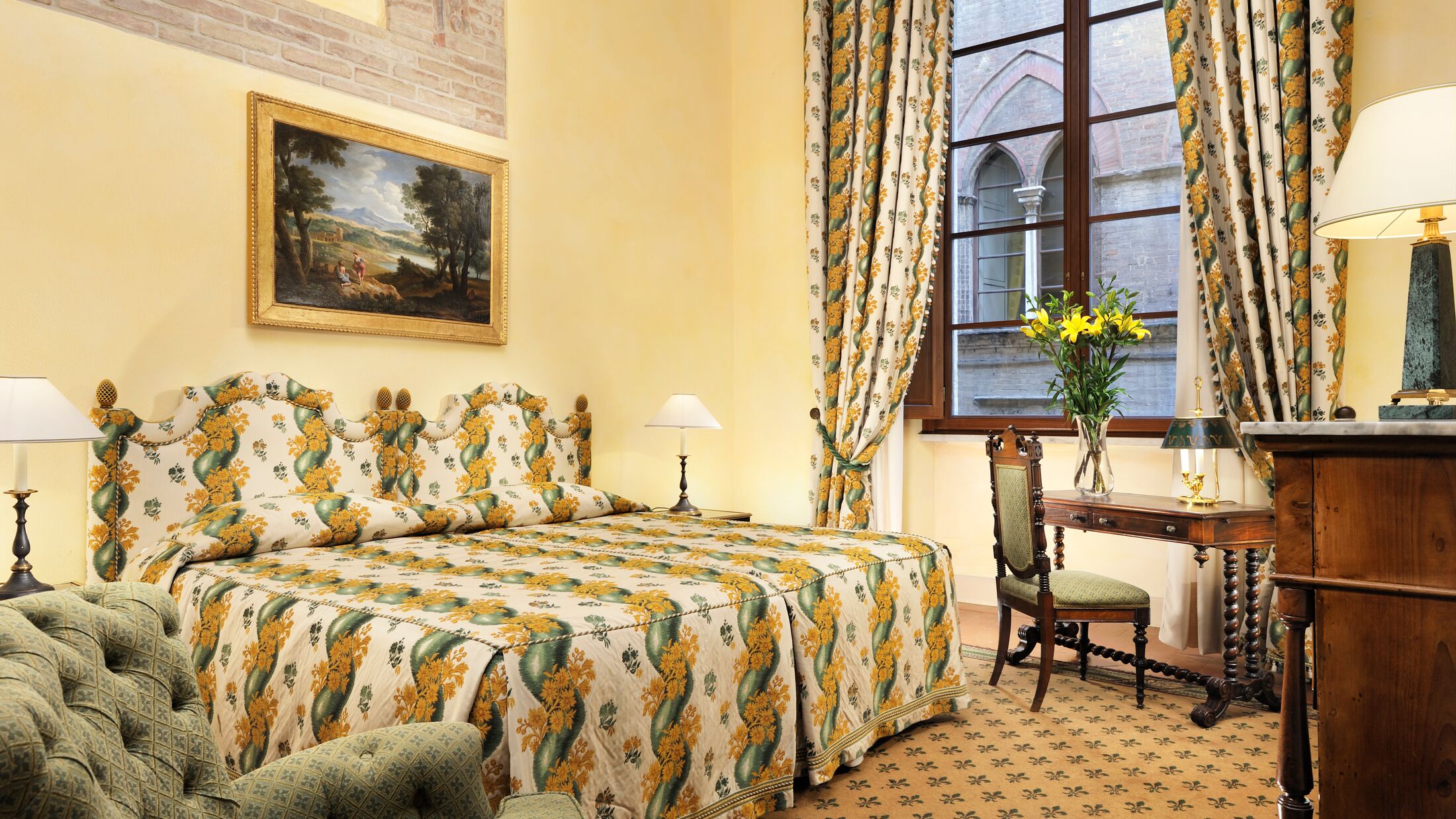 Superior Double Rooms are elegantly furnished with traditional Tuscan wooden beams, antique furniture, fine fabrics and have a large window with views of Siena. They feature modern comforts with a double bed or twin beds and a travertine and marble bathroom.

Deluxe Double Rooms are elegant with a choice of either classical Italian or contemporary furniture. Both room types are beautiful and romantic and feature a double bed or twin beds and a travertine and marble bathroom. 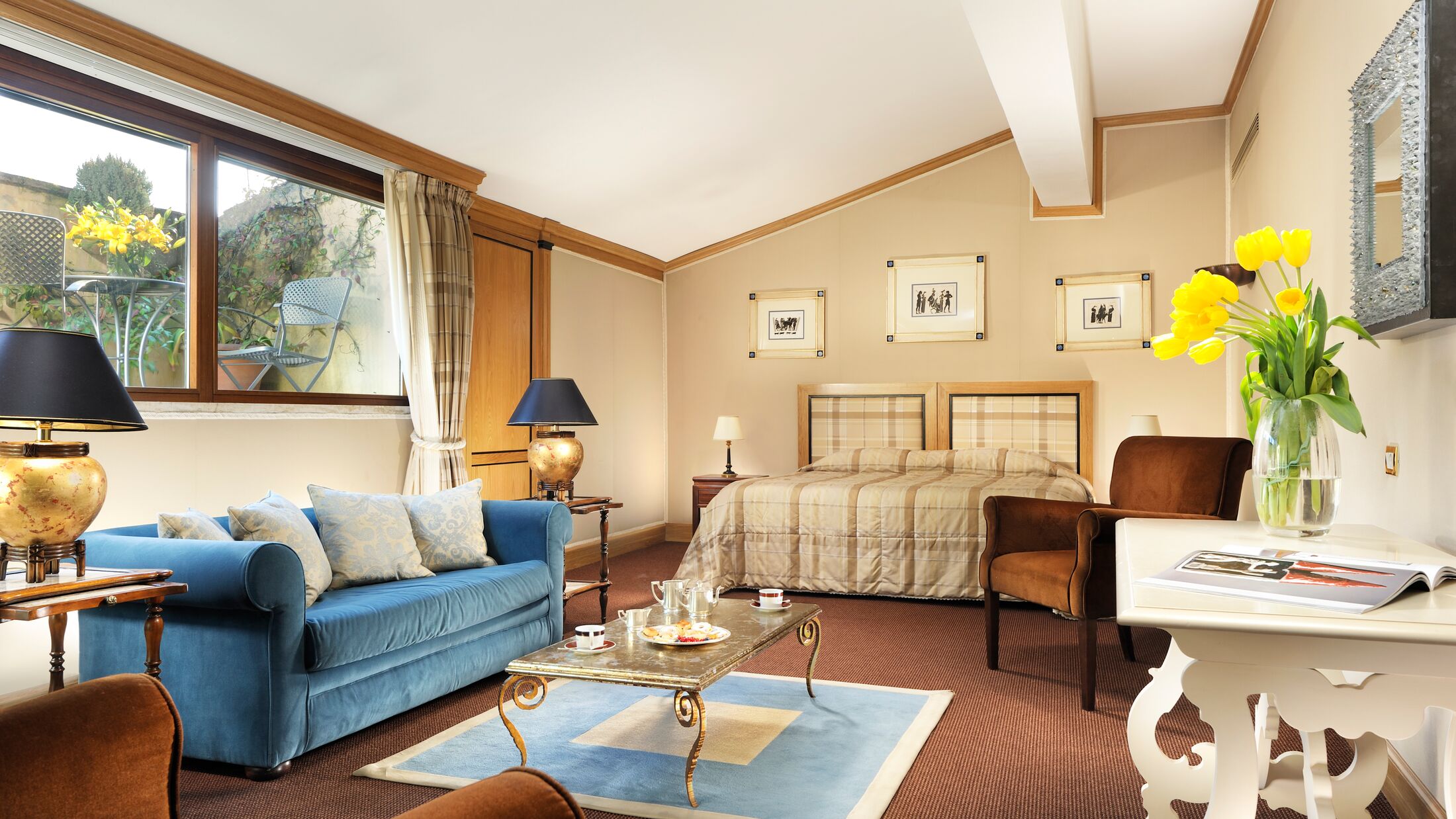 Junior Suites are located on the top floor of the hotel and offer a refined and sophisticated style. Most have high ceilings, original frescoes and luxurious fabrics. They feature a double bed or twin beds, an open-plan sitting area, a travertine and marble bathroom with double washbasins and a small terrace with views over the rooftops of Siena and the rolling hillsides. 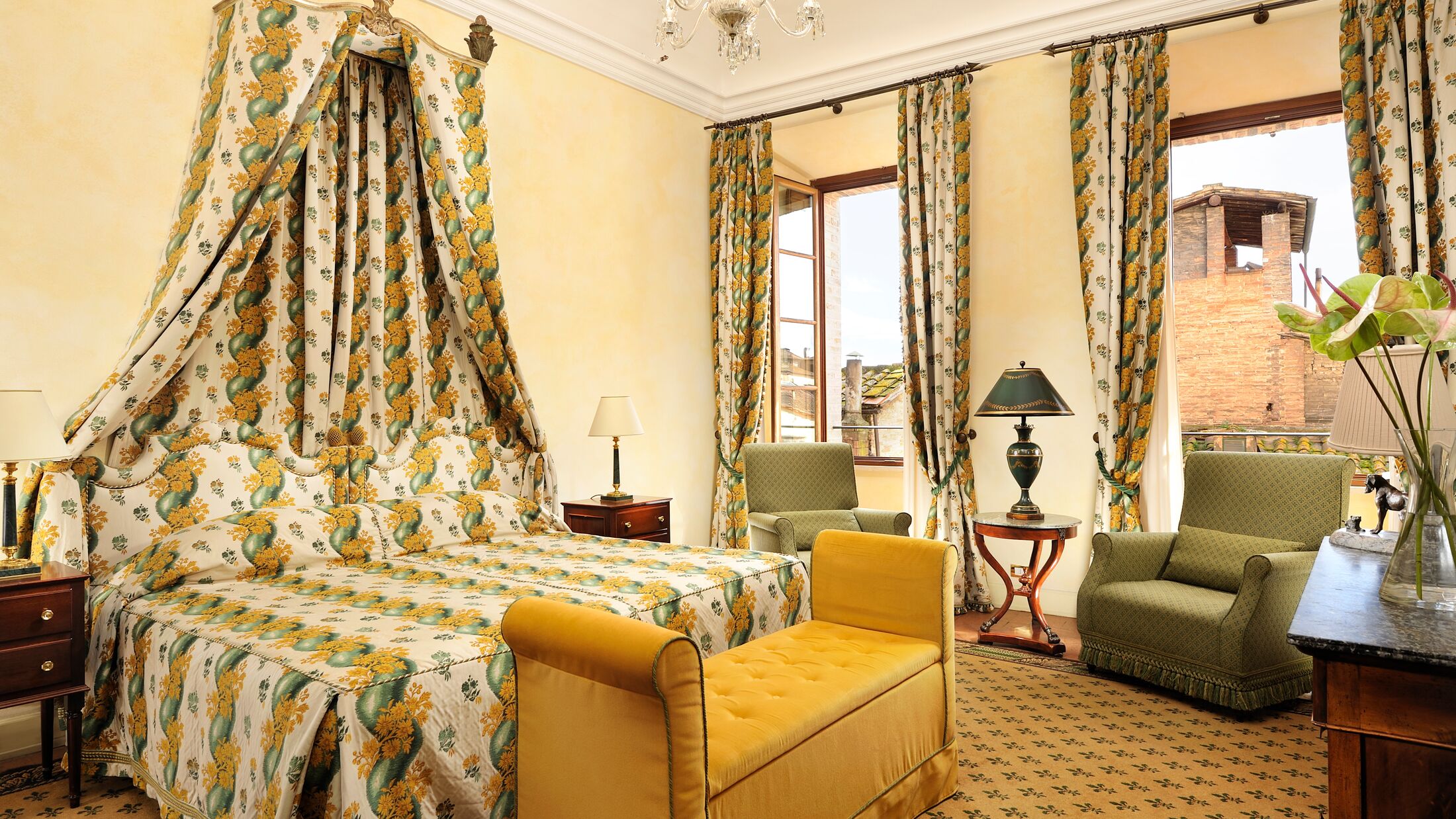 Executive Junior Suites are immersed with the artistic heritage of Siena. Located on the "Nobile" floor of the Palazzo, these suites have a comfortable sitting room, original terracotta floors, high vaulted ceilings and marble bathrooms.

Based on 411 traveller reviews

8
What to expect
Location