Our Jewels of Southern Italy small group escorted tour showcases the very best of Southern Italy. The tour takes you from the historic city of Naples, through the Roman ruins of Pompeii to the  Greek temples of Paestum and onto the stunning Amalfi Coast .  Spend your days immersed in Greek and Roman history, take in the spectacular views of the Gulf of Naples coastline and taste some incredible locally grown delicacies.

Foodies will enjoy the cuisine in this wonderful part of Italy and history lovers will be spoilt for choice, while the modern culture and cosmopolitan areas of Southern Italy can also be explored.

Please be advised that our escorted tours are dependent on minimum numbers. The minimum numbers on all tours is 6. Please speak to our Italy experts for more information.

Due to the amount of walking and steps involved with this tour, it is not suitable for people with walking difficulties.

For more information, call our Italy Experts on:

Arrive in Naples Airport where a private transfer will take you to your hotel.

On arrival at your hotel, you can enjoy a welcome drink with the tour manager, as well as being introduced to your fellow travellers. Spend the evening exploring Naples at your own pace, and choosing from Naples’ many excellent restaurants for dinner. 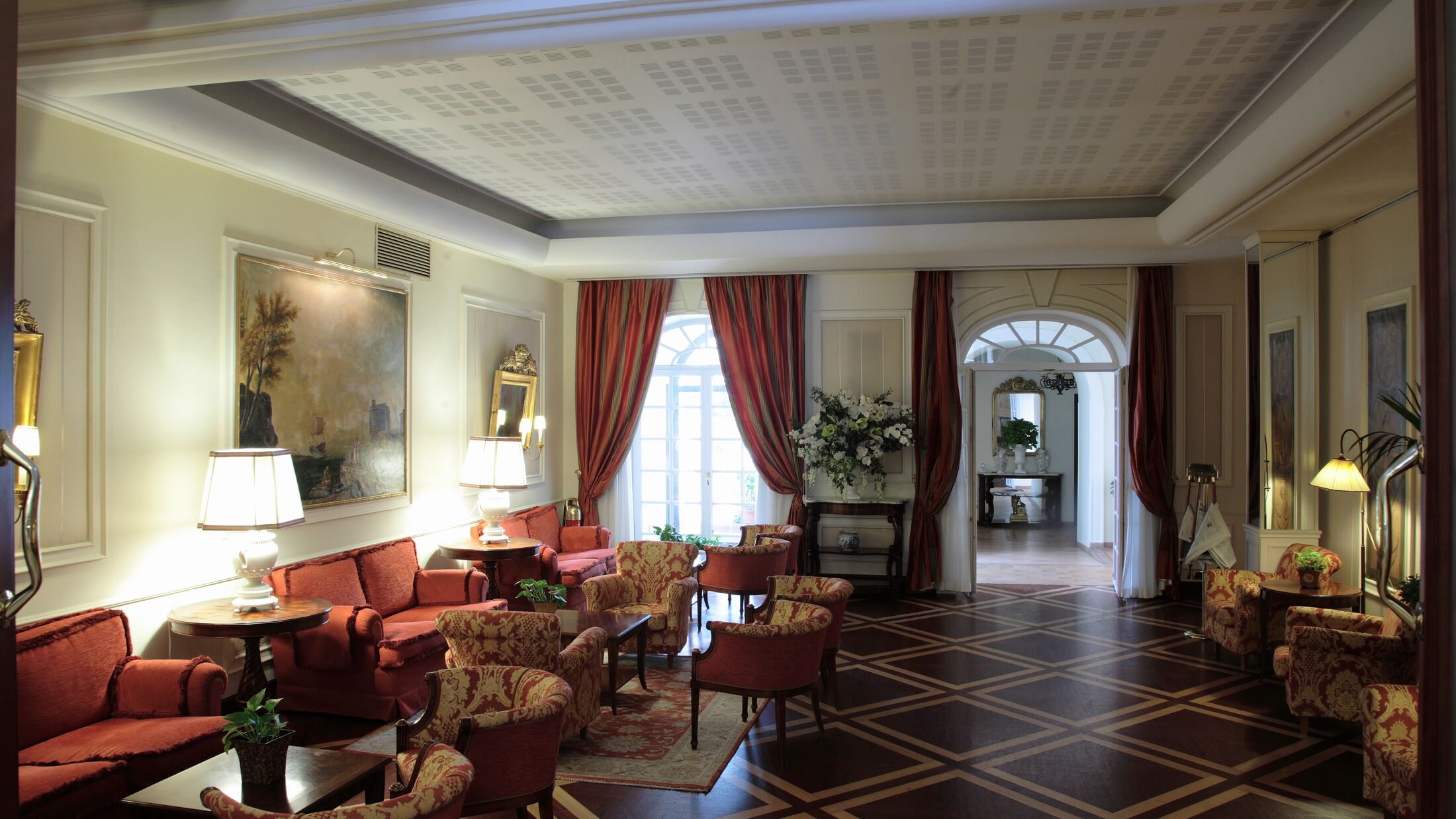 Italian Cities, Naples.
Find out more
Day 2 : Naples
Enjoy a delicious continental buffet breakfast at the hotel before embarking on your expertly guided walking tour of Naples. Begin in the Spaccanapoli quarter, which is well known for its beauty and history. Visit the Sansevero Chapel, where you’ll find the famous Veiled Christ statue and ornately decorated interiors.

Enjoy lunch in one of the city’s excellent restaurants, before joining the tour again for the afternoon. Immerse yourself in the unique history of Naples by continuing the tour by bus, taking in the fascinating sights. You will end the tour with a visit to the Galleria Borbonica also known as the bourbon tunnel which connected the palace to the barracks.

Returning to the hotel, the evening will then be spent at a local pizzeria where you will enjoy one of the local specialities, Pizza!

After breakfast at the hotel, depart by bus for the historic sights of Herculaneum and Pompeii. Spend the morning exploring the sister site of Pompeii, the lesser known Herculaneum. One of the few preserved ancient cities alongside Pompeii. Afterwards, head towards Pompeii where you will stop for lunch en-route.

Immerse yourself in the history during your guided tour where you will visit the Roman Forum, Thermal baths and the Theatres. Wander through the commercial streets, picturing the former residents and shops before heading to Paestum.

Continue onto the stunning ancient Greek city of Paestum which allows you to contrast the ancient Roman and Greek cultures and is full of fascinating sights. Spend the night in a local agriturismo, Granaio dei Casabella near the temples, where you can enjoy a delicious dinner full of fresh, locally sourced ingredients at your leisure at some of the nearby restaurants.

Choose from an array of local produce at the breakfast buffet before visiting Bufalara ( a mozzarella farm), well known for its delicious, creamy mozzarella. Watch it being made by the experts before trying some of this exquisite cheese. Meet your local guide, who will take you for an in depth tour of the ancient Greek temples and museum of Paestum. See the Tomb of the Diver, which is a monument dating back to 470 BC. It contains the best example of Greek wall painting from the fifth Century BC. Next on your tour of Southern Italy, visit a small local farm where you can pick your own vegetables from the garden before learning to create traditional dishes in a cooking class. Enjoy your own creations at the Baronessa’s table before relaxing in the garden. After relaxing in the garden, depart for the town of Minori on the Amalfi Coast where you will be staying for the rest of the tour. Evening at leisure. 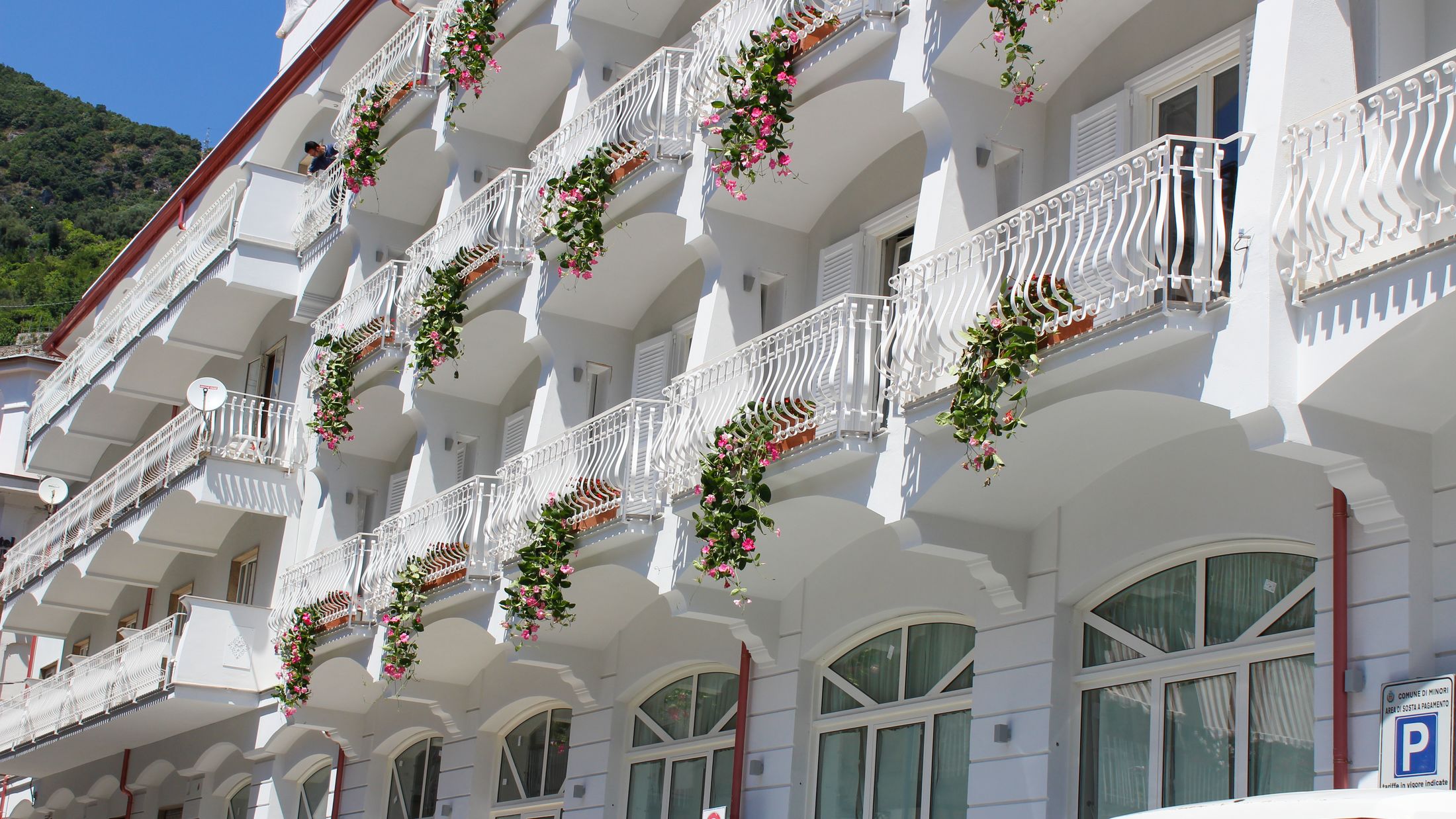 Neapolitan Riviera, Amalfi Coast
Find out more
Day 5 : Ravello and wine tour
Begin the day with a breakfast buffet, before meeting your guide and setting off on a half day walking tour of Ravello. Known as the city of music, the town is home to white washed architecture nestled among the hills and overlooking the sparkling ocean below. Visit squares and gardens, as well as Villa Rufolo, where the annual Ravello festival is held. Villa Cimbrone is home to tranquil gardens which have been awarded National Park status. After your visit you will continue on to Tramonti for a wine tour in a historic vineyard followed by a light lunch. After lunch, return to Minori where the rest of the day is at your leisure.

After  breakfast at the hotel in Minori, you can spend the day relaxing in this charming sea side town. Explore its little streets and pretty architecture, pick up some last minute souvenirs and gifts or relax in a café and watch the world go by.

Alternatively, take the optional tour of Capri & Anacapri where a local guide will take you by boat to this beautiful island. Take the cable car into Capri town centre and begin your walking tour, which will take you through the main sights. Visit the colourful Augustus Gardens and take in the spectacular views of the bay, as well as Piazza Umberto, or The Little Square.  Dinner will be served in the hotel.

Where you could stay

After buffet breakfast, depart for Positano, taking in the views of the Gulf of Naples along the way. This chic seaside resort is ideal for relaxing on the beach, enjoying a crisp glass of wine or visiting the many shops. Then, board on the public ferry to Amalfi where you will have free time to discover the antique Maritime Republic including Sant’Andrea Dome and Paradiso Cloister.before returning to your hotel in the afternoon.

Neapolitan Riviera, Amalfi Coast
Find out more
Day 8 : Return Home
Enjoy a breakfast buffet at the hotel before transferring to Naples Airport for your onward journey. Alternatively, add on another one of our Italy escorted tours, or explore the Amalfi Coast at your leisure.