There are several major cities in Italy, yet each one has a distinct character that’s worth exploring in its own right. Filled with delight both above and even below ground, the streets reveal amazing secrets.

“Italy’s cities are quieter in winter and give you the time to explore them at a much slower pace as you’ll be able to move around more freely. With this gentler tempo, you’ll also have the chance to interact more with the local people.” - Heather Green Senior Destination Manager at Citalia

In winter, average temperatures in Italy’s cities are around 6ºC, so you’ll find them cooler than the summer but still very pleasant. It’s really easy to travel between the major cities as they’re all connected by Italy’s high speed train network, so why not include a few on the same Citalia holiday? Most Italian cities are made up of a patchwork of neighbourhoods. 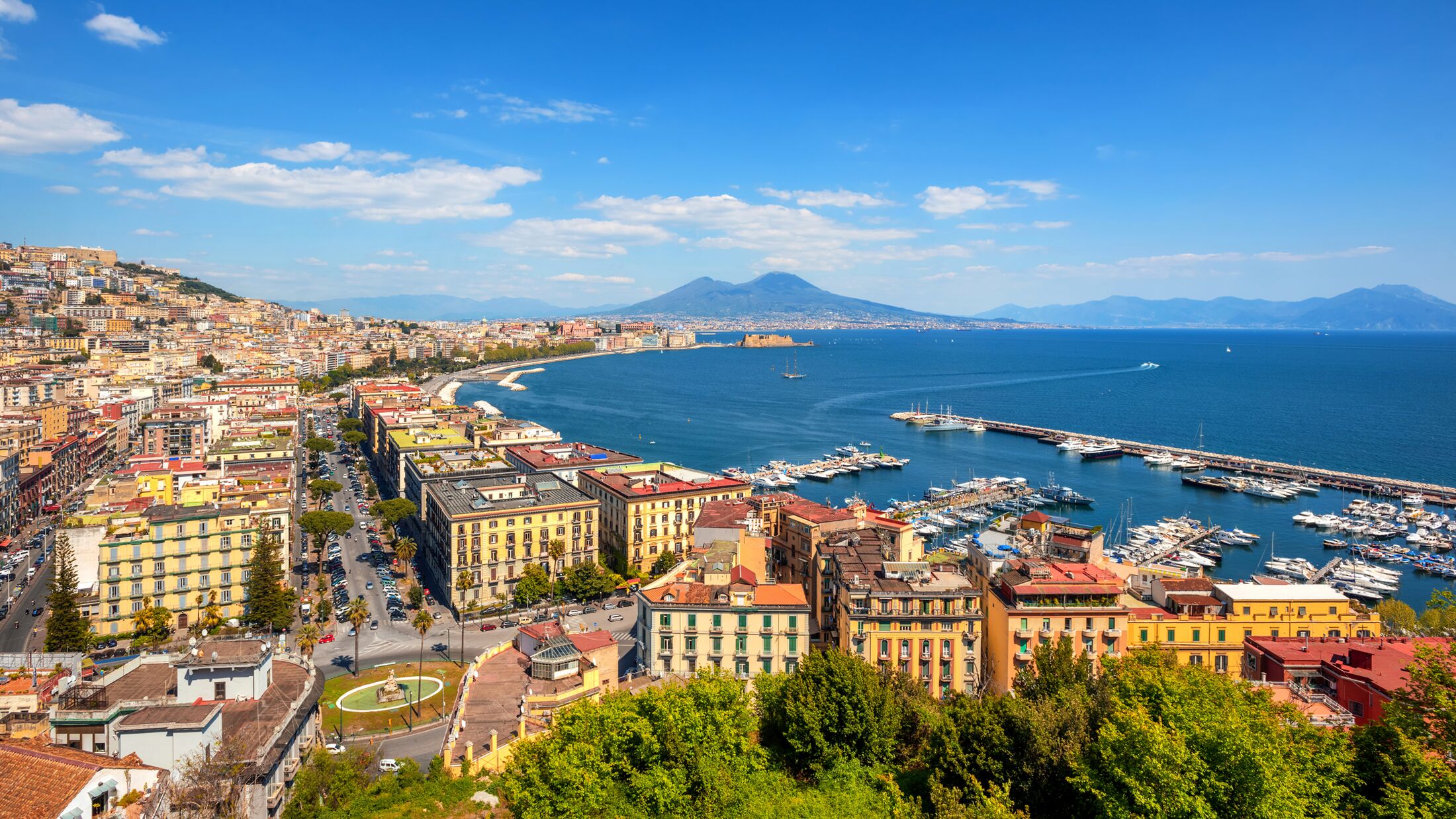 Naples is a really vibrant and, at times, gritty city. Among the youthful creatives who were inspired to follow in the footsteps of contemporary greats like Ernest Hemingway and Andy Warhol, you’ll find a strong community and artistic spirit. “While it’s not everyone’s cup of tea”, says Heather, “if you like to appreciate avantgarde street art, religious architecture and archaeology, and absolutely delicious street food , then this is the place for you.” Home to over 700 domes, Naples has more churches based on the population size than any other Italian metropolis. The most famous is the 13th century Duomo di Napoli, located in the city’s centro storico (historic centre), which is dedicated to the city’s patron saint San Gennaro, whose alleged blood rests in a glass vial within the cathedral.

“One of my favourite neighbourhoods is the affluent Chiaia, located along the seafront, which is bursting with designer shops and cool boutiques,” says Heather.

For a completely different side of Naples, head to the bustling district of Rione Sanità. This is Naples’s foodie centre but it isn’t for the faint-hearted. Among tightly-packed streets, you’ll stumble upon street markets, trattoria, and gelateria, and there are flower-adorned shrines to native saints on every street corner. Go underground into the spooky catacombs of San Gaudioso and San Gennaro to trace history through its layers, and connect with the city’s ancestors, or venture into the volcanic caves of Fontanelle Cemetery. Dig further into history in Rione Sanità, home to Italy’s arguably most impressive archaeological museum, Museo Archeologico Nazionale di Napoli (MANN). As Naples is in close proximity to the ancient archaeological cities of Herculaneum, Pompeii and Oplontis, you’ll find primarily Greek and Roman antiquities, but also on permanent display are Egyptian artifacts, bronzes, mosaics, and classical Farnese Marble sculptures.

Another authentic neighbourhood is the 16th century Spanish Quarters. It feels like you’ve stepped into an old Italian movie, with its laundry lines, shuttered windows, quaint balconies, and hardy vendors on the streets. Amble around its alleyways at leisure and you’ll stumble across art by renowned street artists. 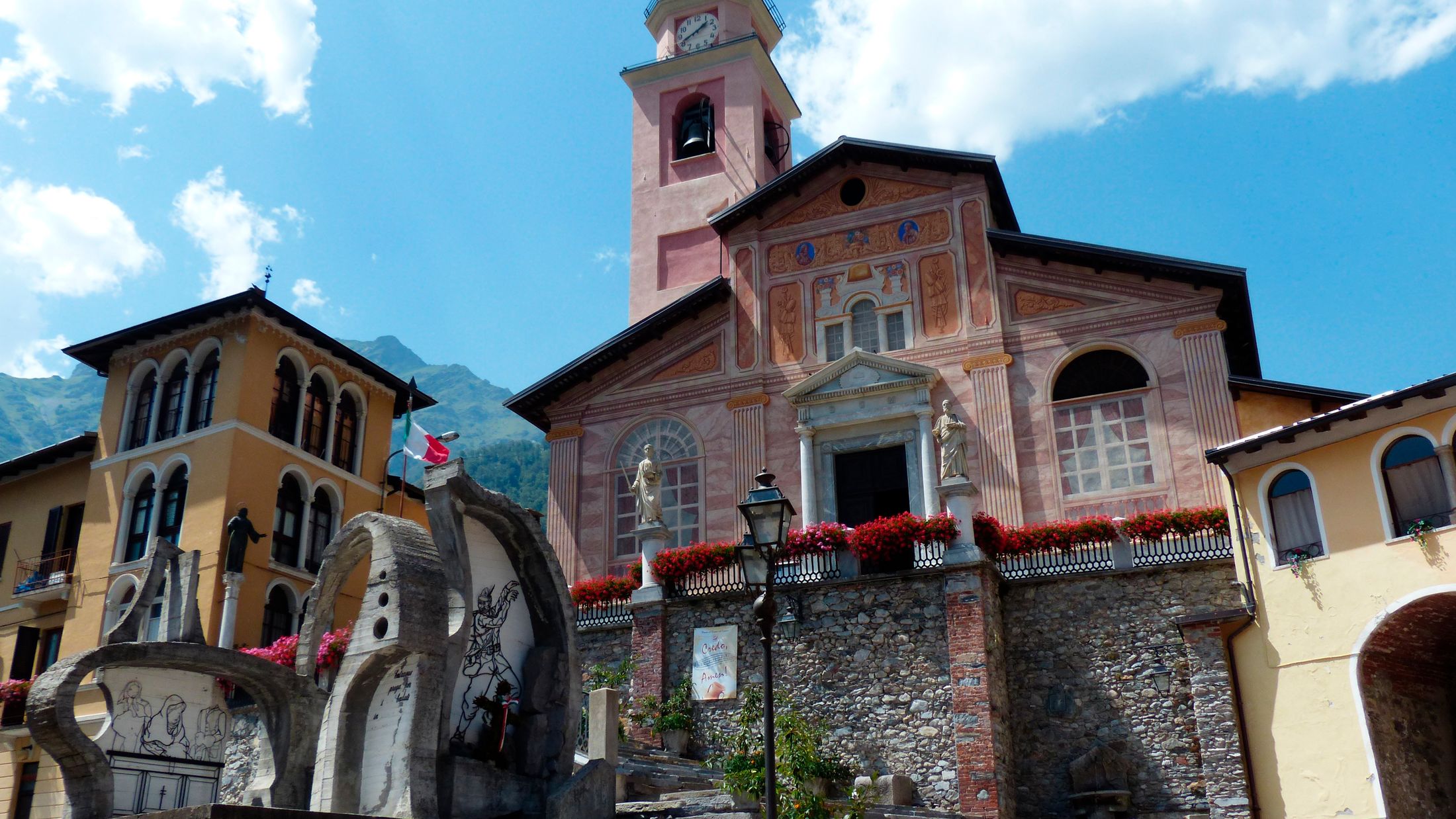 For a city that’s predominantly linked to industry, with many automobile and manufacturing factories, you might be surprised by just how graceful Turin is. Set against a beautiful backdrop of the Alps, you’ll find dramatic grandeur in a city filled with Baroque architecture. There are boulevards reminiscent of Paris and elegant arcades housing galleries that make wonderful shelters for rainy days, such as the sensual Galleria Subalpina.

“Residents in Turin remain dedicated to their sacred aperitivo 'hour', which runs from 6-9pm each day.”

The aperitivo ritual became established in the 1920s when factory workers marked the end of their day with a bitter tipple and nibbles before dinner. Today this humble practice has developed into a delicious buffet that is included in the price, so be sure to bring an appetite.

Join the locals in historic bars where tables spill out into the street in the historical and mostly pedestrianised centre of Quadrilatero Romano, which holds an exciting labyrinth of narrow streets. In Turin’s main square, Palazzo Madama, lies a gorgeous Renaissance cathedral, Duomo di Torino. This houses the Holy Shroud, which some believe to be the burial linen that Jesus was wrapped in after crucifixion. For top-notch shopping, head to Via Roma, which is lined with high fashion designers.

The neighbouring Centro district is home to the Egypt Museum, which is second in the world after Cairo for displaying Egyptian treasure.

For a more authentic experience of Turin, head further south of the city beyond Via Lagrange, which is where all the locals go. Every two years, Turin brings the Slow Food movement to life, where you can hear and taste what it's all about at the mouthwatering international event, Terra Madre Salone del Gusto. Get a flavour for Slow Food at Eataly Torino Lingotto, a large emporium, market and restaurant in the commercial district of Lingotto. This is also where you’ll find the famous former FIAT factory and futuristic design by visionary architect Renzo Piano.

The hip neighbourhood of Aurora is home to plenty of local flair, where young and old Italians mingle to play a game of bocce (bowls). Explore Europe’s largest flea market, Balon, or head to Turin’s grandest and oldest marketplaces, Porta Palazzo, which once served as the city’s refrigerator and nods to its ancient past. The stalls here are heavily influenced by the city’s early Moroccan immigrants, with exotic spices among fresh Italian produce.

Turin’s trendiest street right now is Via Monferrato in the Borgo Po district, with its Belle Époque buildings and lavish display of colourful umbrellas, which is well worth a visit.

Turin’s green lung is Valentino Park, where you’ll stumble across a fake medieval village, complete with cobbled lanes, a castle, and even a drawbridge. It’s situated in the gentrified neighbourhood of San Salvario, where former industrial sites have been revamped into happening boutiques and cafés, while retaining its older aperitivo bars. You’ll find some unique museums in this district, including the somewhat macabre Museum of Criminal Anthropology, and the Museum of Human Anatomy. 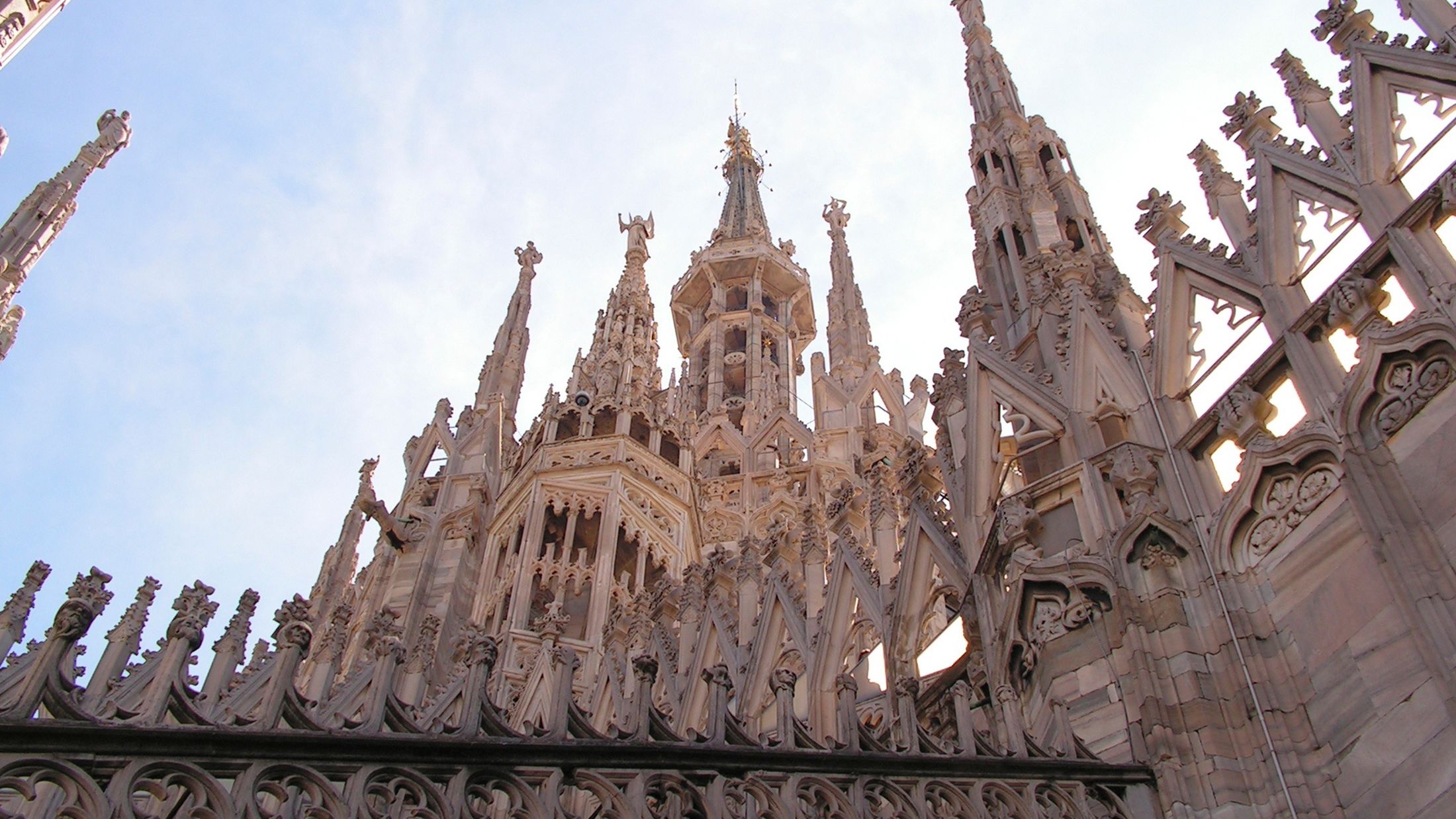 Milan lost much of its classical architecture to destructive bombs during World War Two, so you’ll find more contemporary buildings here than in other Italian cities. “Milan was never one of my favourite cities," admits Heather, " but it has changed so much in the last decade, and feels far more welcoming.”

Milan celebrates fashionistas with their own fashionable shopping area, Quadrilatero della Moda, known locally as Quad d’Oro. However Brera is the district that boasts the classier yet artistic side of Milan, packed with wonderful independent boutiques, delicious contemporary restaurants, and concert venues. The Austrian composer Mozart lived here in his youth, so you’ll find mentions of him around. Don’t miss the Pinacoteca di Brera Museum, where you’ll find art works by Raphael and Caravaggio.

Naturally, you’ll want to head to Il Cenacolo to see The Last Supper by Leonardo da Vinci, as it is a must-do, but do book ahead.

Get lunch in neighbouring San Siro, which has plenty of local trattorias and is also the neighbourhood of choice for AC Milan and Inter Milan players, so if you’re lucky you may rub shoulders with the odd famed football player.

“Not to be missed is the up and coming historic area of Navigli, where you can find the old canal network and some great bars and restaurants. It’s particularly vibrant in the evening.” Ticinese and Città Studi Near to Navigli lies arguably Milan’s hippest district, Ticinese, where you can enjoy street art, galleries, and romantic gardens. While predominantly an area for students, Città Studi is an ideal spot if you like local ales, as it serves up many craft brewery tours and tastings 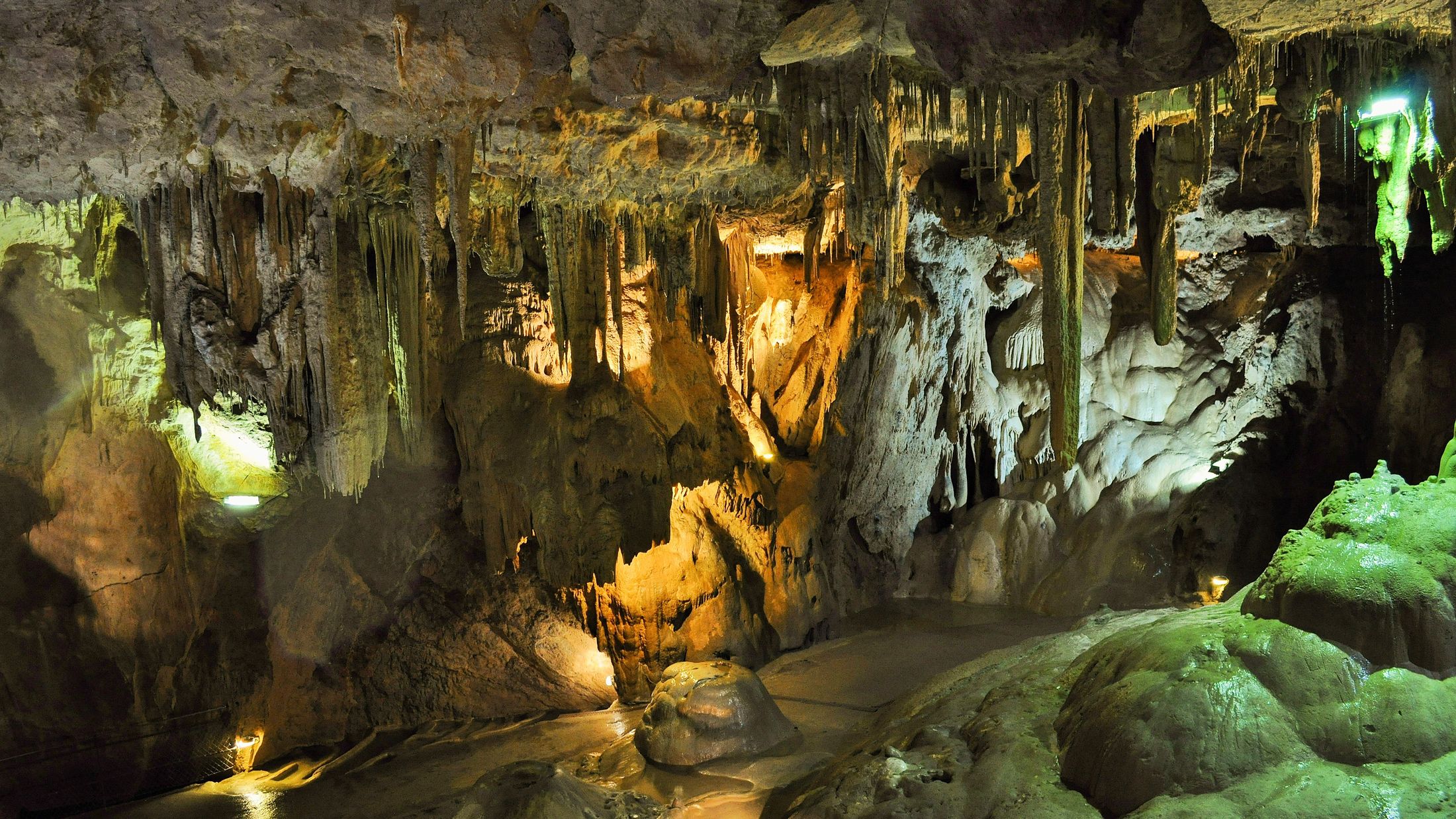 Near to the Puglian city of Bari lies Italy’s longest natural subterranean network, the Grotte di Castellana, which delves 60 metres deep. Teeming with legends of magics and demons, you can go on an incredible tour of these limestone limestone caves. They are believed to have started forming over 90 million years ago and have been known about since ancient times. You’ll discover unusually-shaped stalactite and stalagmite formations that resemble familiar objects. The focal point of your tour will undoubtedly be Grotta Bianca (White Grotto), a spooky cavern, teeming with hundreds of jaw-dropping stalactites. If you’re feeling particularly brave, you can even join an evening tour with specialist 'speleonights'. 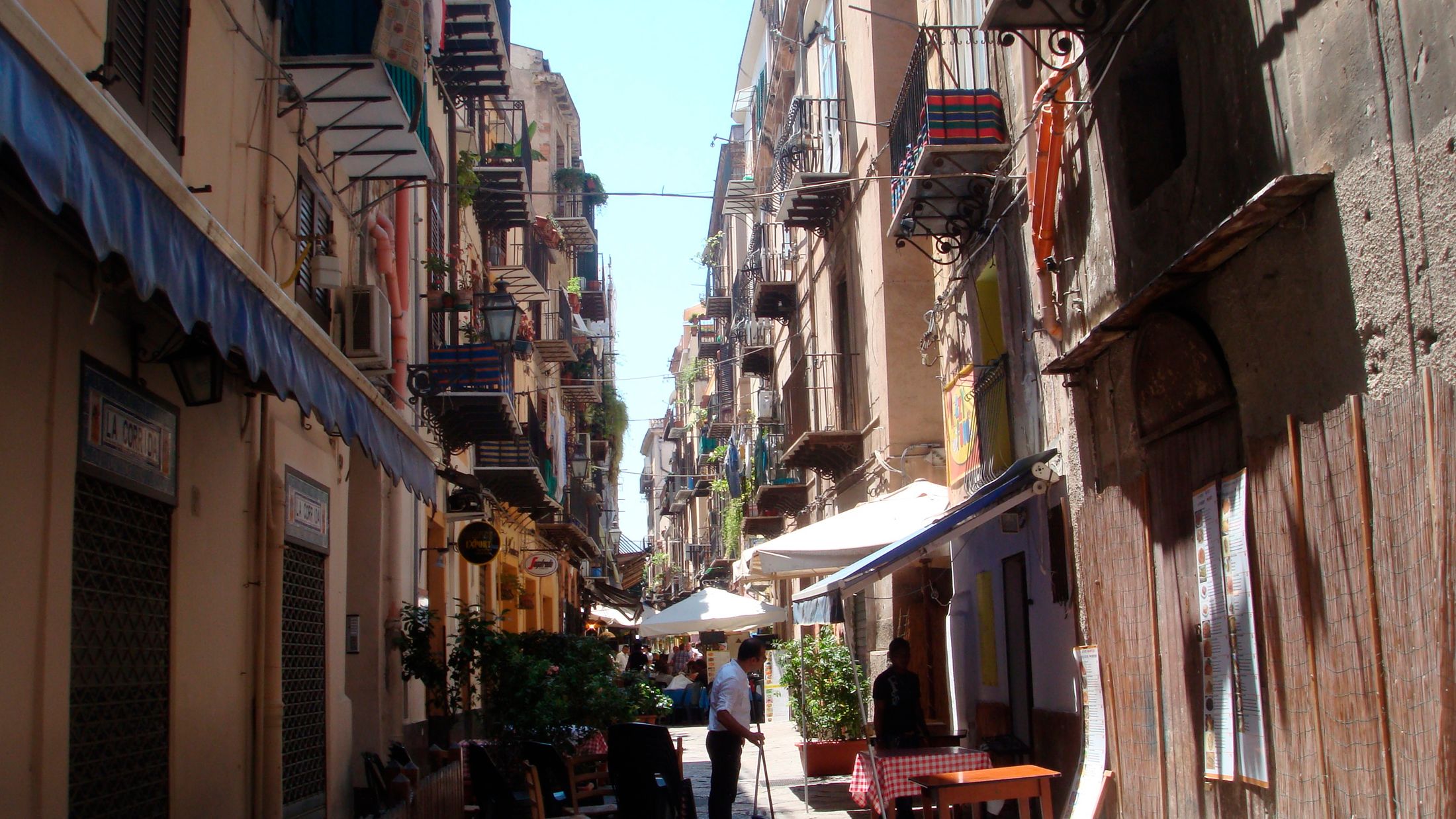 Palermo has the misfortunate title of most conquered city in the world, but actually what this brings is many influences - and even more secrets.

While the capital of Sicily is best known for its Baroque architecture, underneath its streets you’ll find something incredible: the ancient Qanat. Dating back to a time when the Arabs reigned over Sicily, the Qanat are ingenious tunnels that once transported water from the countryside into the city. As you stroll along Via Nave or Corso Calatafimi, you’d never know that under your feet once hosted royal palaces and tropical gardens with epic fountains. At 15 metres below ground, while not suitable for claustrophobics, this is a fun experience for everyone else. To enjoy this unique tour, you’ll need to don waterproof clothing, a helmet, harness and rubber boots, which is all provided for you. You’re guaranteed to get wet with water flowing down from the walls and up from the floors!

We hope that you enjoyed reading all about the secrets within the streets of Italy and discovered new neighbourhoods to explore within cities you may of felt you already knew well. Call our team of Italy Experts for advice on where is best to stay to utilise your stay and get to experience the real Italy.

Call us today to speak to one of our Italy Experts for further travel advice, hotel recommendations or to begin planning your next Italian holiday.