The Capovaticano Resort Thalasso and Spa is located close to the historic town of Tropea, in the heart of Calabria with magnificent views over the Aeolian Islands and Stromboli volcano. This contemporary resort features modern guestrooms, a sea-water swimming pool, tennis courts, and two restaurants serving up a variety of Calabrian, Mediterranean and international dishes.

Guests can choose to relax in the Thalasso and Spa offering three heated seawater pools, sauna, and Hamman as well as a range of beauty treatments; or  for the more active enjoy a selection of water sports from the hotel's private beach including windsurfing and diving (payable locally).

The hotel has 121 rooms (official rating 4 star). Minimum stay of 3 nights (there's a minimum stay of 7 nights in the month of August).

Guest can enjoy a theme buffer or an à la carte menu (seasonal) featuring a selection of Calabrian and international dishes.

Located on the beach, the Stroboli serves a selection of light lunches and refreshing drinks.


For the more active enjoy a selection of water sports from the hotel's private beach including windsurfing and diving (payable locally).


Mini Club for children aged 4 - 10 years and Young Club for teenagers aged 11 - 17 years.
About the location
If you want to explore another side of Italy, there is no doubt that holidays to Tropea will guide you off the beaten track. The charming historic town is perched on top of a cliff that towers above the mesmerising blue and turquoise waters of the Tyrrhenian Sea and is part of the wider region of Calabria, in Southern Italy.

Famed for the quality of its sweet tasting red onions, cipolla di Tropea or Tropea’s onion has become synonymous throughout Italy when referring to all red onions. However, there is so much more to the small town. Tropea overlooks Stromboli, a small island that inhibits one of three active volcanoes in Italy and while the volcano has been active for more than 2,000 years, Tropea itself dates back to medieval times, with traces of civilization dating back to 4,500 BC.

Tropea has borne witness to the rise and fall of the Ancient Greek authority, the Byzantines, Roman Empire, the Normans and more. With a history laced with the thread of Greek mythology, legend has it that Hercules declared Tropea to be one of his ports along the 40km of La Costa degli Dei - The Golden Coast of the Gods.

The town embodies a wonderful combination of majestic natural beauty, fascinating architectural charm and is in close proximity to the mysterious Aeolian Islands, a UNESCO World Heritage Site. Great for couples, explorers and adventurers alike, the seaside terrace town of Tropea is a historical and cultural escape just waiting to be explored.

Transfer Time
The hotel is 40 miles away from Lamezia airport. We recommend hiring a car in your destination. Simply call us once you’ve completed your booking and we will talk you through the options. 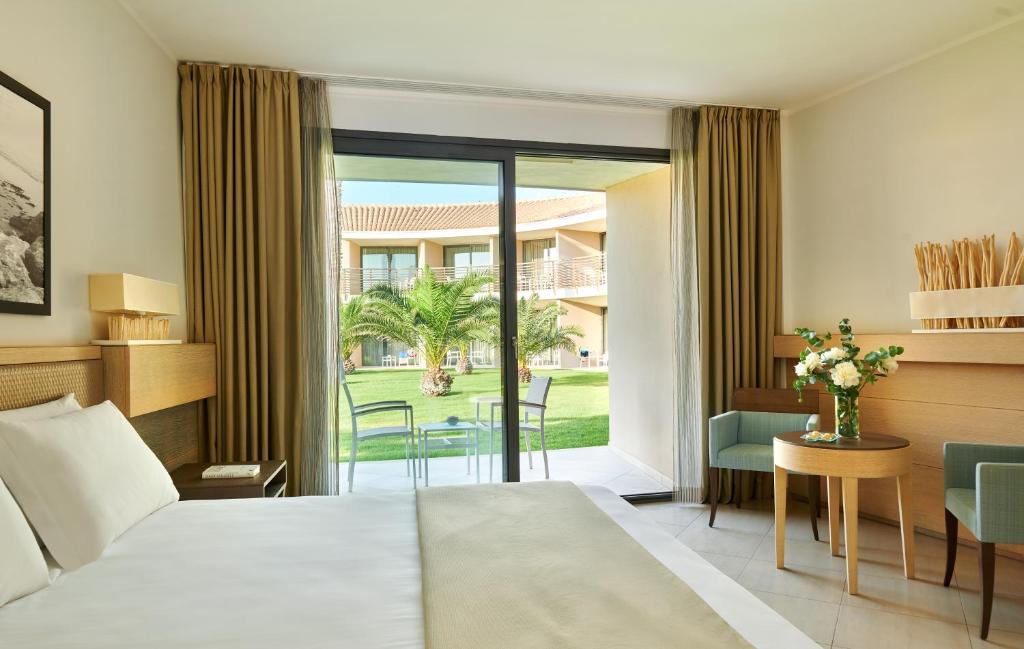 Located on the ground floor and first floor the Classic rooms feature a terrace that looks out onto the garden, free Wi-Fi, a satellite LCD TV, minibar and spacious bathroom with walk in shower. 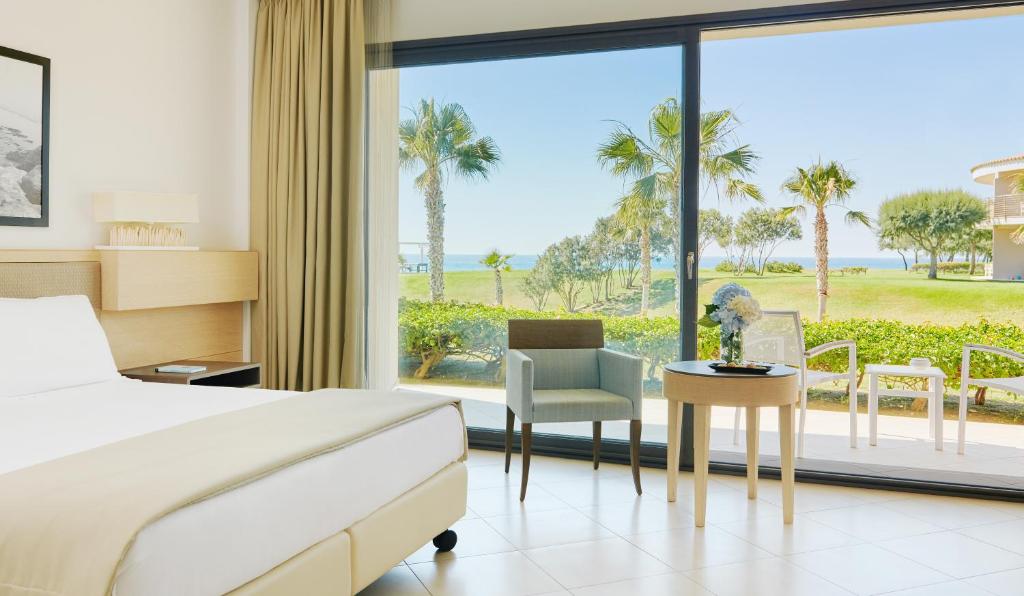 Boasting a terrace with side sea view, these rooms are equipped with a king size bed (or two super singles) and a spacious bathroom with walk in shower. 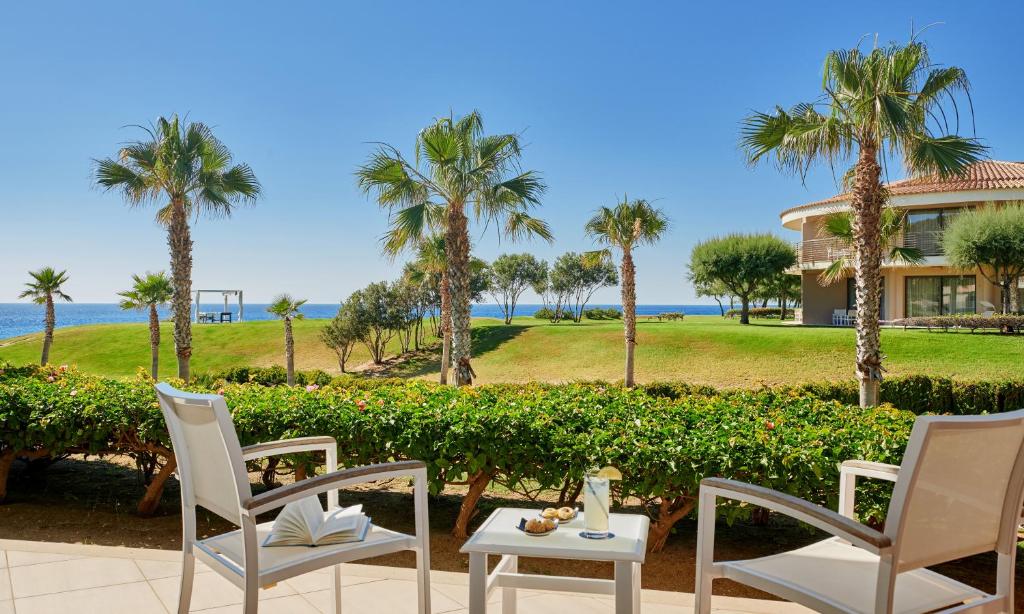 Sleeping up to 3 people and located on the ground floor and first floor, the Superior rooms are luminous with contemporary decor. They feature an additional sofa bed and a large terrace/balcony with a sea view. 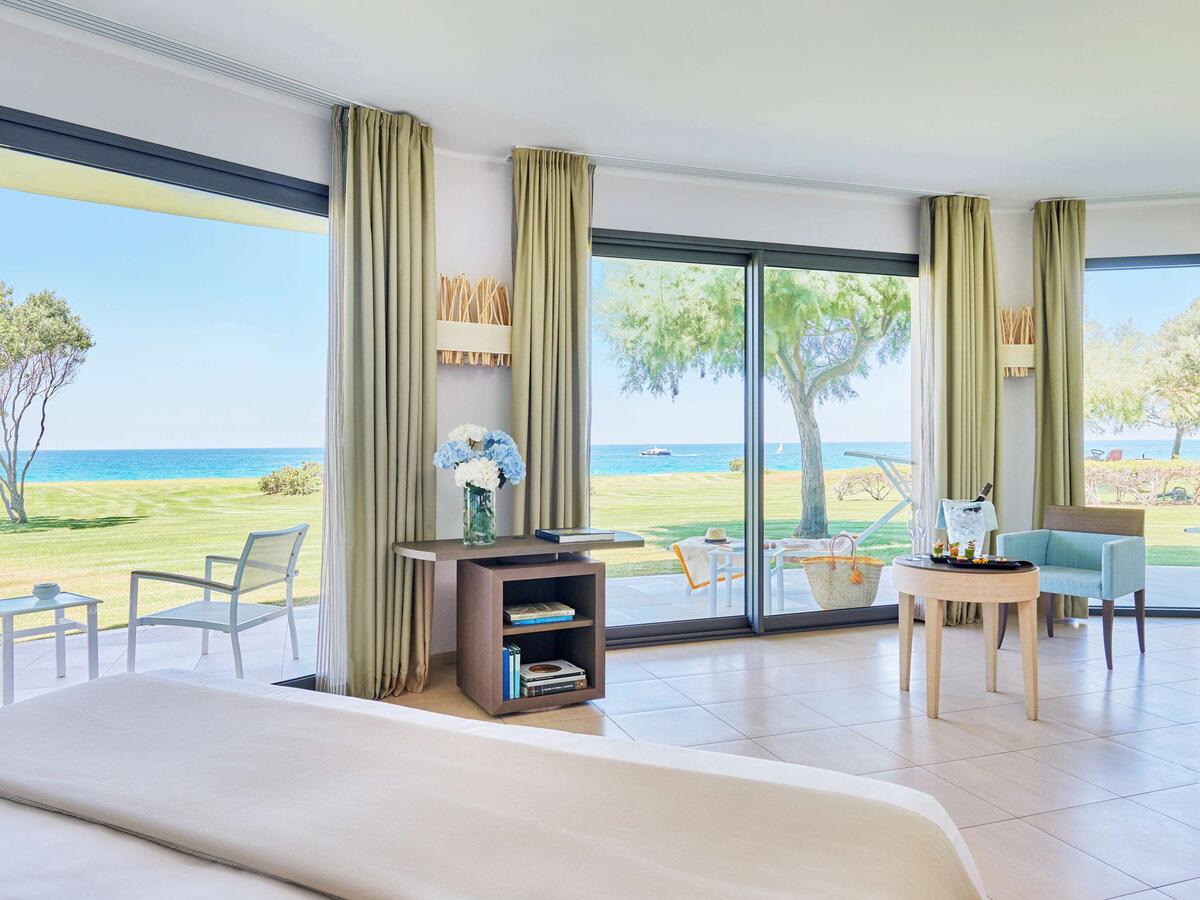 The 4 unique junior suites are spacious and decorated in contemporary style offering panoramic views of the Tyrrhenian sea and the Aeolian Islands from the balconies or veranda.

Based on 1261 traveller reviews

36
What to expect
Location